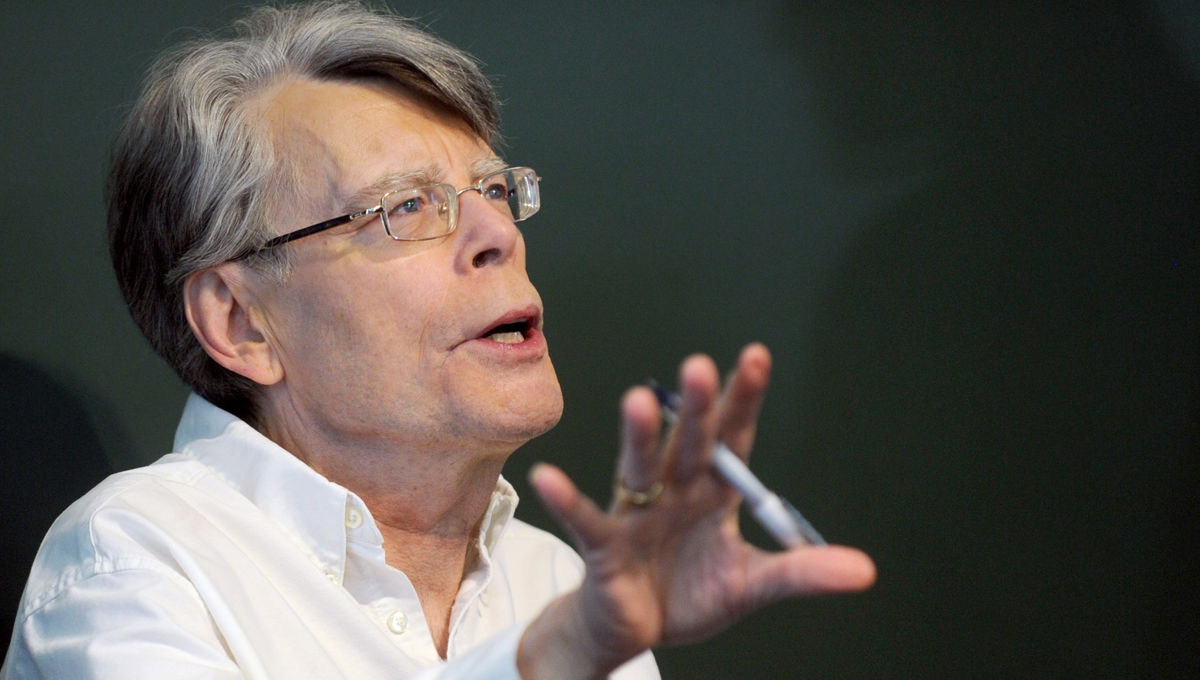 If you are a Stephen King fan, you know of Rage. It is a novel about a teenager who takes his class hostage and shoots his teacher. I first read the novel in The Bachman Books, which King wrote under the Richard Bachman pseudonym. It is not King’s best work, but it is a fascinating story. It is also no longer being published per the author’s request.

Rage is closely associated with at least three school shootings. King pulled the story from publication fearing it could inspire more. Fans, as they always do, have mixed feelings on the subject. I encountered the anger over it on Facebook about a week ago. People were calling King a “coward,” and a “hypocrite.” Those are easy terms to throw around, but the issue is far deeper and cannot be resolved with mere name-calling.

I write horror stories, thrillers, and the like. I wrote a particularly nasty one called Black Devil Spine. Once, in an off-the-record moment with an interviewer, I joked that if some serial killer were caught with it, it would really increase sales. The interviewer asked me how I would actually feel if that happened. What would I think if someone were inspired to kill by words I had written? The answer is not an easy one to give, but the question is one that particularly matters to horror writers who deal with real-life horrors.

I am a firm believer that words have power. I am also a firm believer in personal responsibility. When you write horror based in the real world, you run the risk of someone who already has issues acting out something you have written. It’s a hazard of the job. If I wrote a novel about a werewolf, I would not be concerned. The novel I wrote that brought about that question was about a very twisted killer, however, and that could happen. King’s story was about a teenager who felt he was pushed to the edge and he grabbed a gun. That has happened.

I would not want someone to act out the or be inspired by the events in one of my books. I do not think, however, I would pull it from publication. It would not be because of sales, however. It would be because I do not believe I have personal responsibility for what others decide to do after reading my words. That is not an easy decision to come to, either, and I have not been tested on it.

King has, and King decided it was better to pull his work and be able to sleep at night instead of hiding behind the shield of personal responsibility. I do not belittle his decision. In fact, I support it. I think it was a hard decision to make, and I think he was brave in making it. He has acknowledged the power of words, and it is his story to do with as he sees fit. He acted on the side of caution. I cannot say I blame him. The book still exists, though, and can be found, and that is a problem.

King’s story can still be accessed and can still be used to inspire. King cannot stop that, and I am sure he knows that. So he has mitigated any guilt and damages. At the end of the day, though, he still has to rely upon the personal responsibility of the reader. He has to be at ease with the fact that most people who have read that story will not shoot up a classroom, and once you go down that path it becomes harder to justify pulling your work from publication.

Horror writers deal with the unthinkable and the despicable every day. It is their bread and butter, and they attempt to make it understandable in order to connect with readers. In doing so, they run the risk of making it appealing to some of them. The better a writer you are, the more your chances increase that you will do that very thing. It is a real risk, but it is also one that should stop no writer from doing what she or he does.

If, however, you find that your work is inspiring horrific acts, it is up to you and your publisher to make the hard choices. The fans will react how they will react no matter what you do. At the end of the day, you are the only one who has to be okay with the decision. I just hope I never find myself having to make that choice. To do so would mean that the imaginary horrors I have created have become reality, and to this horror writer, there isn’t anything scarier.