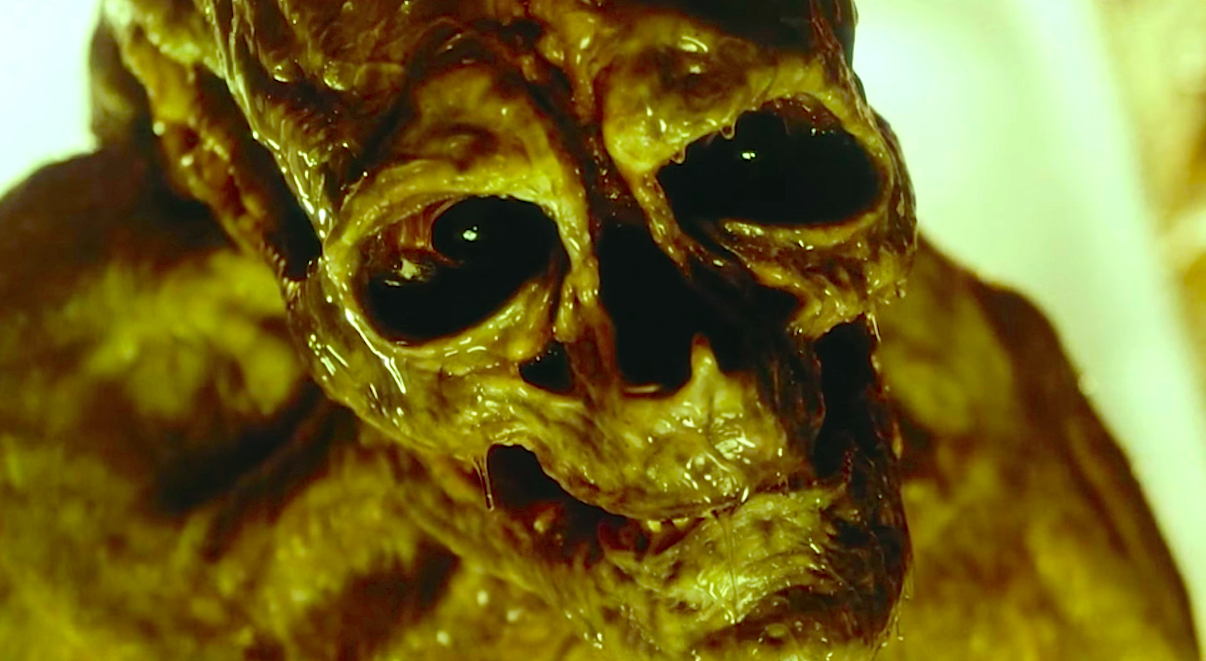 Last year I gave my opinion on Alien 3, and when I finished writing that piece I decided I wanted to follow it up with a look at Alien Resurrection when I had the motivation to do so. This week I felt the time was right, so with a heavy heart I sat down to watch a movie I personally find toxic and difficult to get through. There are very few movies I truly “dislike” but that’s the only word I can think of when it comes to Alien Resurrection. I REALLY dislike it.

It might be a little bit naive but I’m one of those people who believes that directors and producers always enter projects with the best of intentions, and if the end result doesn’t work then at least they can be complimented for trying.

When it comes to Resurrection I genuinely wish they hadn’t even tried.

Many people believe the franchise started to struggle the moment David Fincher’s troubled Alien 3 was released, but not me. Alien 3 has its fair share of problems but at least there was a level of respect maintained for the Alien as a threat and for the character of Ripley. It wasn’t the ending any of us wanted, and FUCK ME it was depressing, but Ripley went out fighting in a deadly serious and at times unsettling movie.

There remains a clear divide when it comes to opinion on the third instalment and I’ve always been able to accept and understand why people were disappointed with it. So when Alien Resurrection went into production hope was high that the series could get back on track by delivering a movie that could be loved by ALL, a movie that wouldn’t generate heated debate and frustration. I vividly remember the anticipation and excitement I personally felt waiting for Resurrection to be released – this was going to be the movie that reunited fans of the Alien franchise! A cinematic mouthwash to wipe away the bad taste many people carried with them. All would be right with the world once again!!

How wrong I was.

Today I’m going to briefly look at what I personally consider to be the biggest mistakes that were made, mistakes that when combined resulted in a massively flawed movie. It’s also interesting to note that they were mistakes that would actually be embraced and carried forward by the AVP films, as this once great franchise was dragged to new lows in the years that followed.

Alien Resurrection is a VERY confused movie, it simply doesn’t know what tone to aim for and as such it tries too many things and fails miserably at all of them. The action scenes are disjointed and constantly infused with a truly bizarre amount of slapstick. Proper scares are almost non-existent, and the script continuously tries to make us laugh and smile with multiple cringe-worthy moments that should have been burned on the editing room floor or left out altogether by director Jean Pierre Jeunet.

EVERY single time the damn movie threatens to become intense or slightly engaging, a gag or joke is inserted that kills tension within the scene stone-dead. From shooting spiders to the infamous “must be a chick thing” line after Ripley emotionally burns the other deformed clones – Alien Resurrection is totally incapable of remaining serious no matter how bad things get.

Resurrection commits another huge sin by very quickly killing off every character who had the potential to be remotely interesting. It’s almost as if the script enjoyed wasting all the crew members of The Betty who weren’t hyperactive cartoon characters because they didn’t contribute to the nauseating fun I just mentioned above.

Michael Wincott as Elgyn was clearly a nasty piece of work, but he had the potential to be a character who could grow and evolve throughout the movie, possibly even finding a heroic and noble side to his personality he didn’t know he had. NOPE – When the trouble starts they reveal he has a gun collecting fetish and he gets killed seconds later.

Kim Flowers as Hillard seemed tough, feisty and able to blow away a bug or two if required. This is the Alien franchise after all, the PERFECT place for a strong female character to be given a chance to shine. NOPE – They turn her into a sobbing mess after Elgyn is killed which means she can fade into the background until a good opportunity comes along to remove her from the movie without fuss. The rest of the crew don’t even seem to notice she’s gone, and Ripley does a little head dance to celebrate her underwater demise.

What about Gary Dourdan as Christie? Like Elgyn he was no hero, but he was strong, smart and seemed to care about his fellow team members. Plenty of opportunity for some solid character development here. NOPE – After getting some acid splashed on his face he seems to become very keen on the idea of suicide, in a scene that I think was supposed to come across as awesome and heroic but ultimately just didn’t make much sense.

When the dust settled we were left with the Laurel & Hardy duo of Johner and Vriess (Ron Perlman and Dominique Pinon). Some random overexcited space marine who seemed to appear out of nowhere played by Raymond Cruz. J.E. Freeman as the lead scientist on the Ripley revival project who is laughably evil and can’t stop SHOUTING ALL THE TIME! And last but by no means least we have to tolerate a terribly miscast Winona Ryder as an undercover android sent to stop the cloning experiments by any means necessary.

These aren’t bad actors – Perlman especially is someone I always enjoy on screen, Resurrection simply gives them nothing good to work with, no moments to shine. They are directed to behave in a certain way and the story provides no room for growth. Remember the journey the character of Hudson went through in Aliens? Unlikeable and overconfident to terrified liability before finally finding his inner bravery and professionalism when the shit hit the fan. There is nothing like that here. By the end of the movie you simply don’t care about any of them, and when you don’t CARE everything starts to topple like a line of dominoes.

So what about the Xenomorphs? Gone were Giger’s silent assassins that could blend into their surroundings and wait for the perfect moment to strike! Resurrection was the movie that pushed these once beautifully unique and deadly killers over the edge. They roared like lions while leaking unending rivers of slime from every orifice, and ultimately they got discarded for the climax and replaced by a huge puppet that looked like a bloated and naked version of Clint Eastwood ten years from now.

Disposable snarling animals that lack intelligence. Uninteresting and poorly developed characters you don’t give a damn about. A story that moves from one set-piece to the next without structure or reason – sound familiar? It should if you’ve endured both of the AVP movies. It all started right here!

Screenwriter Joss Whedon played down script problems in 2005 when asked about the film and had this to say:

In my opinion this is the film that killed the quality, killed the creatures and killed the franchise. We went from the perfect darkness and terror of deep space that Ridley Scott created in 1979, to Ripley asking “Who do I have to fuck to get off this boat?” in 1997. Eighteen years, four movies and a gap in quality as vast as the universe itself.

Over to you Neill Blomkamp. As Ash once said: “I can’t lie to you about your chances, but you have my sympathies” …