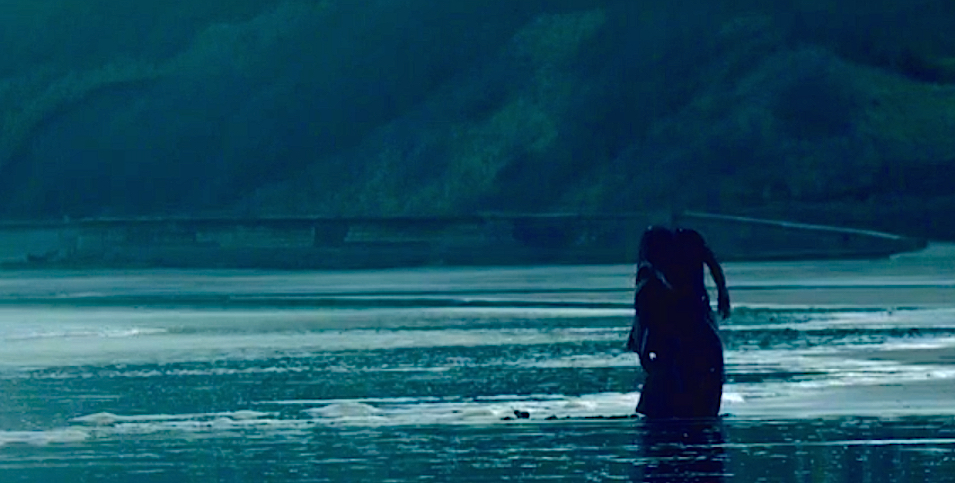 I’ve been meaning to write about spooky BBC drama Remember Me for quite some time, but I’ve found it very difficult to decide what I was going to say. Even now, a few months after it aired here in the UK, I’m still undecided if It’s possible to recommend it or not.

The problem is – it was three episodes long and the first two episodes were fantastic. Very atmospheric, creepy and at times genuinely unnerving. I’ve watched enough horror to last two lifetimes, but Remember Me actually managed to scare me every so often.

Then – I vividly remember how I felt when I discovered there was only one episode remaining as the credits rolled during week two. It was an instant sinking feeling, one of those moments when you just KNOW that the script didn’t leave enough time to give the story the conclusion it deserved. I have this frequent vision of the writer (Gwyneth Hughes) enjoying a drink and relaxing, when suddenly a young BBC staff member runs in and shouts “We only have one episode left to resolve this thing!!” Commence panic and lacklustre ending.

The final episode was, as I predicted, a rushed, diluted and mushy mess, and as such it left me seriously divided. To praise the show strongly would be like giving an award to a train driver who gets to every station on time but crashes the whole thing into a ravine at the end of his shift. It happens so much these days in movies and TV shows. Botched landings are all around us and it really is starting to piss me off.

So, what’s good? Well, nearly everything within the first two episodes. 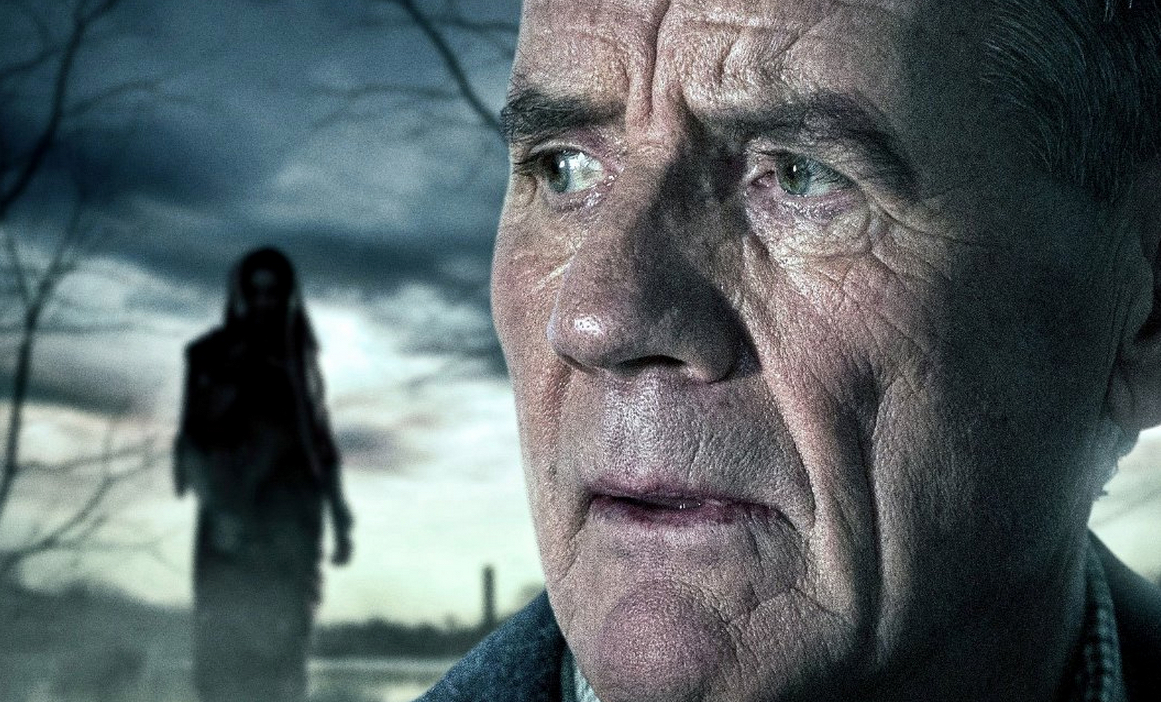 It starts by introducing viewers to a charming but short-tempered elderly gentleman called Tom Parfitt, played wonderfully by Monty Python legend Michael Palin. Tom is desperate to leave his dark and lonely home in Yorkshire, and by desperate I mean DESPERATE! When we first meet him he is in the process of faking a fall down his staircase, just so he can be moved to a care home. Tom’s wish is granted, but minutes after moving into his new private room within the facility a social worker is violently flung to her death through his supposedly secure fourth floor window.

Something has followed Tom Parfitt, something that will not allow him to just walk away from his house and the secrets contained within. 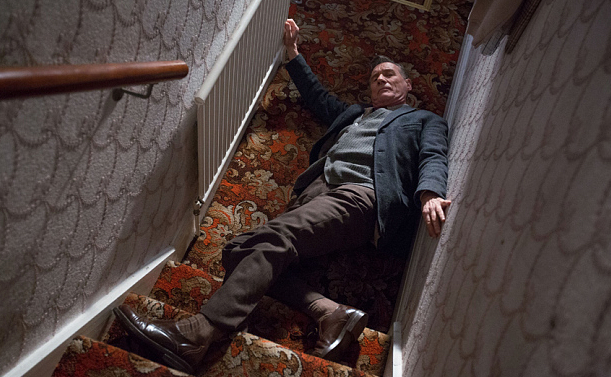 Mark Addy plays Rob Fairholme, a detective given the responsibility of discovering what happened to the faceplanted social worker – while rising star Jodie Comer plays a care home nurse called Hannah, who quickly becomes friends with dear old Tom, and despite her own personal problems (dead father, alcoholic mother) feels compelled to try and help him escape a seemingly cursed existence.

I won’t go too far into spoiler territory, just incase you ever feel the urge to watch the show, but basically Tom is being haunted AND protected by a ghost from his distant past. This protection even extends to cheating death, as we discover in the second episode that Tom is well over 100 years old. On the rare occasions that Tom’s malevolent companion does makes an appearance, she is worth the wait. Always soaking wet, and always hidden by a long flowing dress and hood. She’s a cross between Sadako from the Ring movies, and a Sith lord – blending into shadows, and contorting her limbs into disturbing positions because … well, because she CAN. 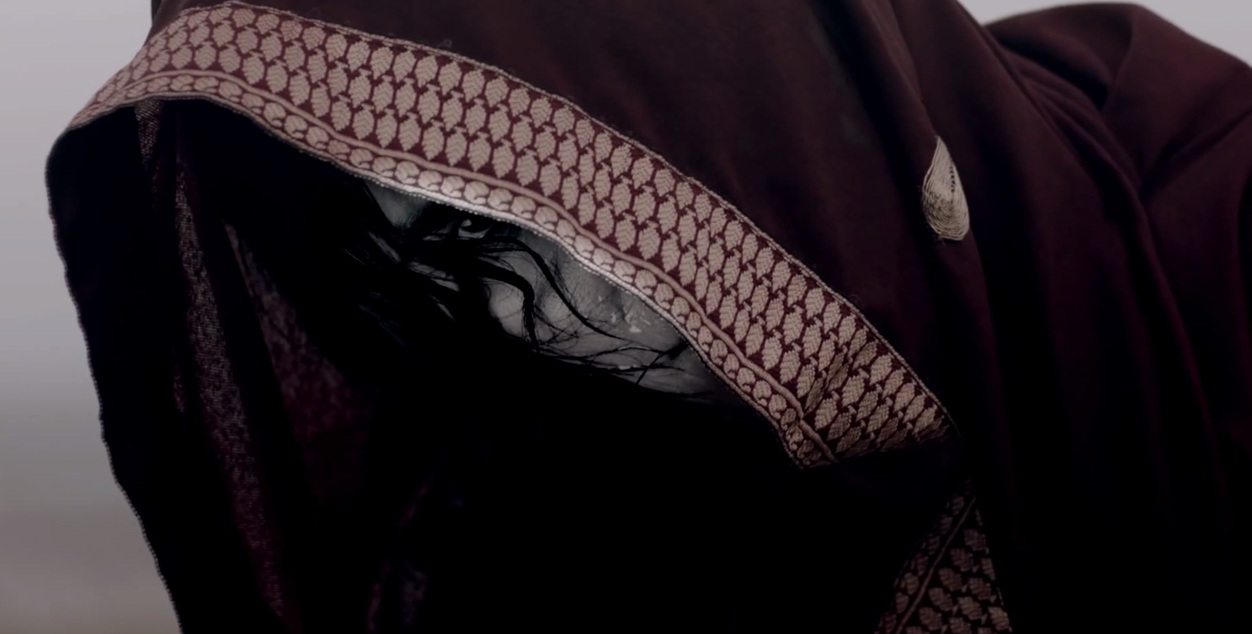 Nearly every outdoor scene throughout all three episodes of Remember Me is filtered in such a way as to portray northern England as a very bleak and dark place (which it is most of the time!) – Storm clouds continually gather overhead, wind whistles through broken fence posts atop desolate hills – it’s all nicely grim and ominous. The story unfolds in such a way that you feel like you are trying to help the characters solve a pleasingly complex puzzle, and after the first two hours my girlfriend and I were enjoying the hell out of it.

Palin once again proves that he is far more than just a funny guy who enjoys travelling, and praise must also be given to the rest of the cast and the entire production team. Remember Me looks great from start to finish.

The already mentioned BIG problem with the final episode, which in turn damages the entire mini-series, is the disruption to the pace the first two episodes had established. You always expect the finale of a show to slip into a different gear, but Remember Me becomes a rabid bull, pushing through the characters like they don’t matter, only interested in reaching the end by any means necessary. Viewers are asked to switch from fear to sympathy for Tom’s demon, exposition is everywhere and worse of all the whole thing becomes utterly predictable.

Look, everyone will have different opinions and expectations when it comes to the climax of any story, and I’m sure a lot of people liked where they went. I’ve come to realize that I actually would recommend the show after writing this because the good outweighs the bad. It’s just a damn shame that personally I will remember Remember Me for the wrong reasons.