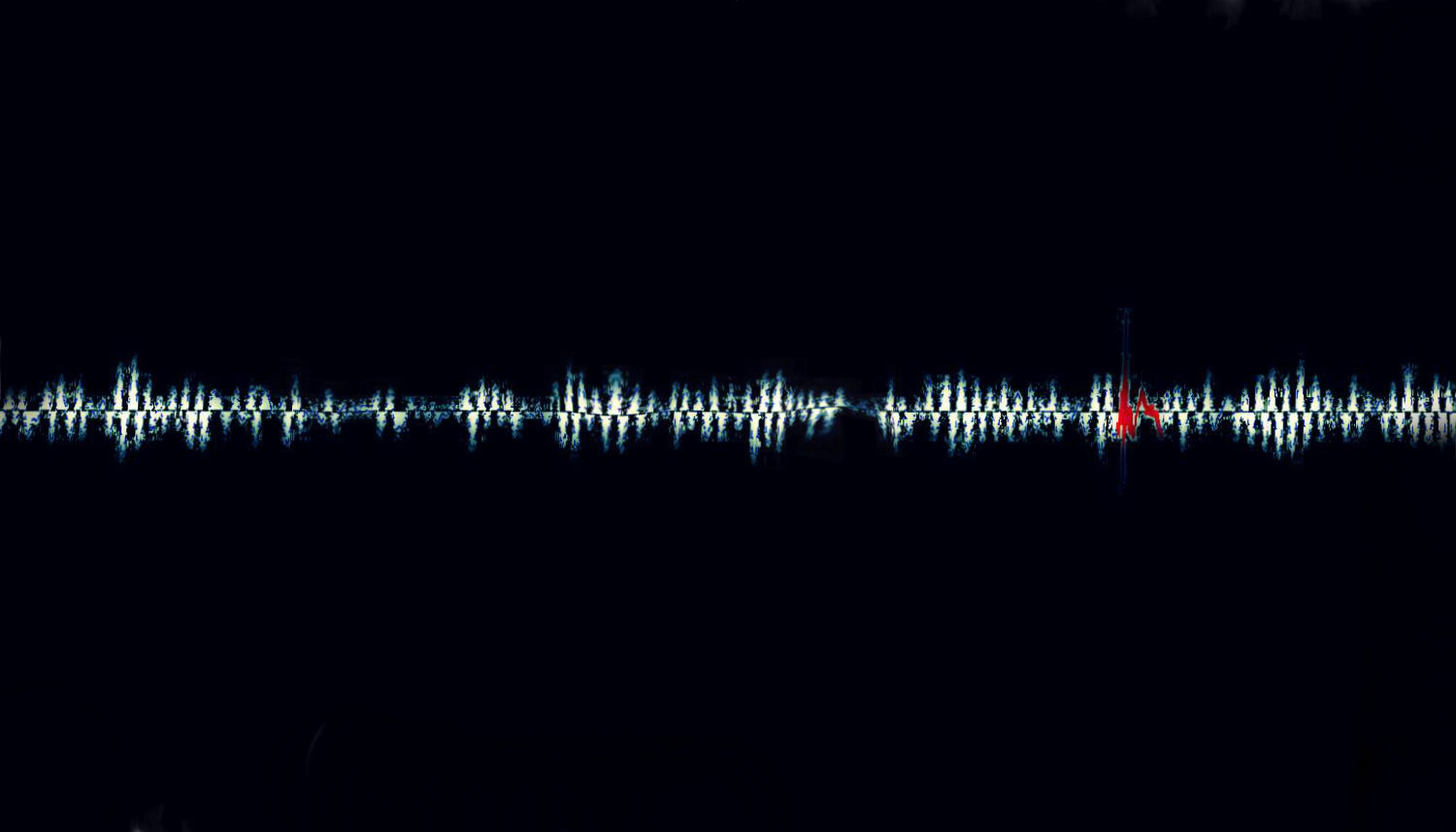 8:45pm — Yeah, hi. Maintenance? This is Paul Gneiss. That’s G as in golf, N-E-I-S-S. I’m in building 408, apartment 103. Uh, so I know it’s after hours, but uh… I saw this number posted on the office door and didn’t know who else to call. I don’t think that it’s a maintenance emergency exactly, but there’s a, I guess you’d call it a low, ominous rumble in my apartment right now. I’m on the first floor, so I thought it might be a boiler or a water heater or whatever. I don’t know. It seems to get louder when I’m near the walls or the corners. Can you have someone maybe look into that? I need to get up early tomorrow, and I know this will keep me awake. Thank you.

9:05pm — Yeah, hi. Paul Gneiss again. Sorry to call again so soon, but the low, ominous rumble is definitely getting worse. And it definitely gets louder when I’m near the walls or corners. In fact, when I stand exactly dead center in the middle of my living room, there’s an eerie calm, but as soon as I move, it starts up again. Isn’t that the weirdest thing? I’m gonna hold the phone in front of me here so maybe you can hear it, too.

Well, anyway, I thought it might be one of the appliances, so I unplugged everything I could find — you know, the TV, the toaster, what have you — and that didn’t fix it. So, uh, yeah, that’s where I’m at right now. If you could send a guy out ASAP, that would be great. Building 408, apartment 103. Thanks.

10:07pm — Uh, hi. Paul Gneiss. Building 408, apartment 103. Just an update on my situation. The walls have started to vibrate. If you put your hand on the wall, you can feel it, like, moving a little. I had some pictures that actually fell down. So, yeah, that’s a little concerning. I tried checking with the neighbors, but nobody seems to be answering their doors right now. Maybe everyone’s out, I don’t know. The lights are still on in the common area, but they’re flickering a little. I don’t know if that’s related to my situation or what. So, yeah, maybe send a guy on out as soon as you can. Like I said, I’m trying to get to bed early tonight. Thanks.

11:23pm — Okay, hi. Paul Gneiss again in building 408. I still don’t know if this is the right number, but this was the only one listed on the office door. Maybe I should be calling somewhere else. Is anyone even listening to these messages? Either way, I have an update on the situation. First, there’s now a viscous orange liquid seeping in through the baseboards in both the living room and the bathroom. I’d say it has the color and consistency of DayQuil. It’s really starting to pool up in some areas. It’s not as bad in the bathroom because the floor is tile, but the living room carpet has definitely taken some damage. I don’t know if I have to pay for that or what. Anyway, I’ve used up all the towels I have trying to soak it up, but it just keeps coming. Not fast, mind you, but persistent. You might need to bring in one of those carpet cleaning machines. I don’t know.

Also, the low, ominous rumble has started talking. I’m, like, 99% sure it’s in Latin. I didn’t take any Latin in high school, but that’s what it sounds like. I can definitely make out distinct words, like “sanguis,” “mortem,” and “daemonium.” So, uh, that’s another piece of the puzzle right there. Looks like I’m not going to get to bed early tonight, huh? Anyway, as soon as you can, do send someone out. Thanks.

12:01am — Uhhhhhh…. hey. Paul Gneiss in 408 again. Remember me? Faithful, rent-paying tenant for the last six years? This is, like, my fourth or fifth call here. It is now officially after midnight, and the low, ominous rumble has actually increased in both volume and intensity over the last three hours. It’s taken on sort of a chortling sound. You’d think some of the other tenants would be complaining, too. I can’t imagine that they’re cool with it. The walls are continuing to vibrate as well, with some cracks forming in the plaster. I do have renter’s insurance, but I really think the apartment complex should fix this since it was none of my doing.

I guess the big update from the last 40 minutes or so is the children’s choir. Yeah, through the vents, you can distinctly hear a choir of children singing “Dies Irae.” They only seem to know that one song, because they keep singing it again and again on a loop. I’m pretty sure this is a violation of the rules about loud music after 10 on weeknights. Not to mention that this is a school night. These kids should be in bed.

As for the viscous orange liquid, well, it’s kind of a good news/bad news situation. It took all my towels, linen, and bedding, plus some clothing I’d set aside for Goodwill, but I think I have the seepage fairly well under control. But now there’s a greenish, mucous-like goo coming from the ceiling. And that’s in both the living room and — wait a minute, let me check — yeah, it’s in the dining room, too. So, uh, living room and dining room on that one.

So as you can imagine, things are pretty crazy around here. I was thinking of spending the rest of the night in my car, but every time I reach for the keys, I find that they’re scalding hot. Does that sound right to you? Plus the door no longer opens. Neither do the windows. Anyway, hoping you send someone over soon. Thanks.

2:45am — Hello, maintenance? This is Paul Gneiss again. Building 408, apartment 103. My phone stopped working some time ago, so I’m talking into it purely as a way of comforting myself. You can’t hear anything I’m saying right now. No one can. This is basically a lifeless piece of metal and plastic I’m holding. Oh well.

What can I tell you? I thought I had the viscous orange liquid under control, but I was wrong. It’s about midway up my calves at this point. And the greenish, mucous-like goo has not abated either. It’s dripping pretty heavily from the ceiling in some places. And you should see what happens when the greenish goo makes contact with the orange liquid. It splashes and makes sort of a sizzling sound, and there’s this foul-smelling smoke. I’m really not sure how much longer this umbrella will hold out. I’m glad my mother’s not here to see me using an umbrella indoors. She always said it was bad luck.

One thing’s for sure: I’m not getting my deposit back! Ha! It feels good to laugh. What else can you do in a situation like this?

On the bright side, the children’s choir has stopped singing. Sort of. They’re just screaming now — you know, wailing in prolonged agony. It’s actually kind of a relief. I don’t think I could have stood hearing that song even one more time.

And the low, ominous rumble has now manifested itself as a physical being. Can you believe that? His name is Obsidian the All-Consuming, and he’s in my living room right now. He’s about ten feet tall, very muscular, wearing only a loincloth. Plus he’s got horns growing out of his forehead and legs that are, like, goat legs. Surprisingly nice guy, all things considered. I mean, he laughs a lot. Almost constantly, in fact. He actually brought his own throne with him, too. Darnedest thing you ever saw. He says it’s made from the skulls of the righteous. I know there are rules about bringing guests into the building without permission, so after I put down the phone, I’m going to politely ask him to leave.

By the way, I noticed earlier that people are still leaving bicycles and strollers in the common area, despite all the signs saying not to do that. Can you look into that? Thanks. Bye.