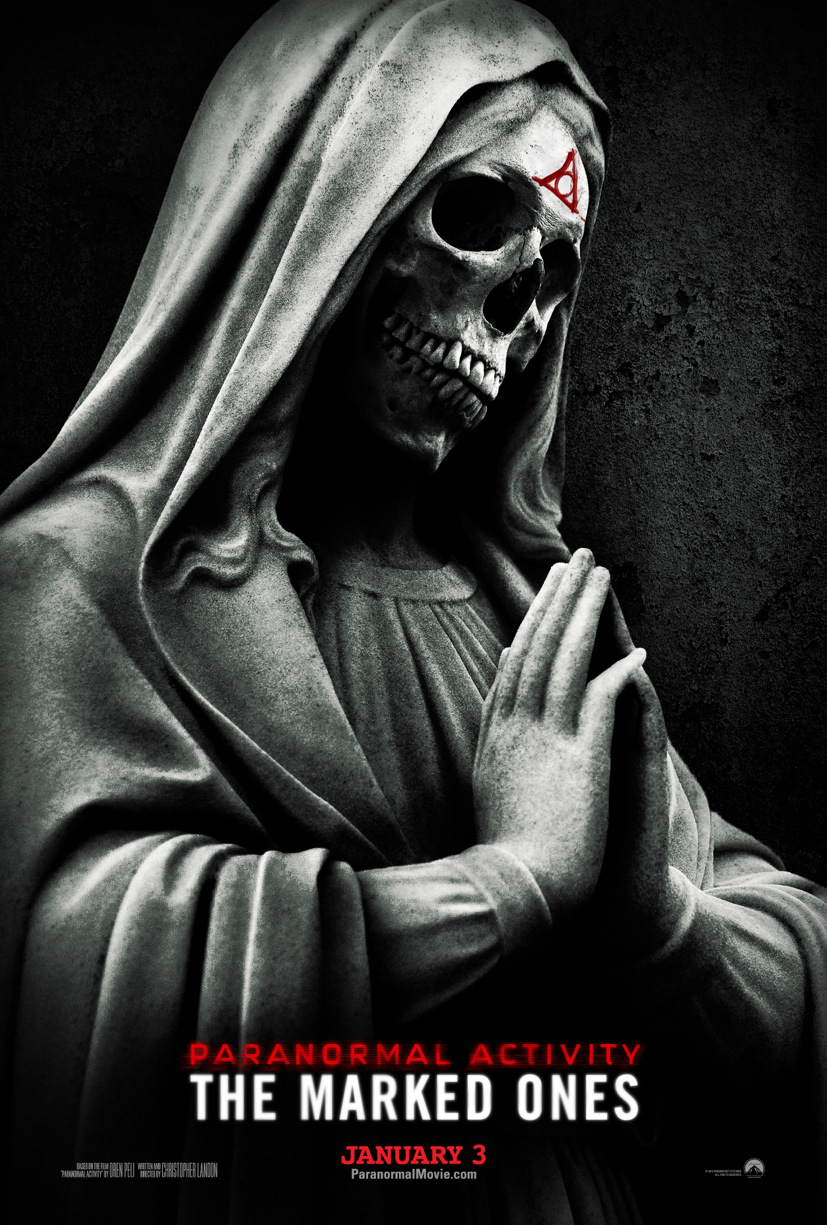 After going over a year without an installment in the franchise, Paranormal Activity returns to theaters today with The Marked Ones, a Latin American spin-off that’s centered around a brand new character, but ties into the events of the previous four films in the series.

I don’t know about you, but whenever a new Paranormal Activity sequel comes out, I always like to brush-up on the events of the installments that came before it, as it’s always at least a year between sequels. In the case of this one, the wait was even longer than it’s ever been, and so a brush-up course was definitely in order.

Now that I’ve gotten myself all caught up, by revisiting the first four films in the franchise over the course of this past week, I figured I’d save you the time of doing the same by relaying the pertinent and important information to you, and helping you to get up to speed with everything you need to know before heading into the theater to see The Marked Ones this weekend.

So if you find your memory a little bit hazy when it comes to all things Paranormal Activity, then allow me to clear away that haze for ya!

In 1988, as we learned in the prequel Paranormal Activity 3, young sisters Katie and Kristi lived with their mother Julie and her boyfriend Dennis. Around the same time that five-year-old Kristi makes friends with an invisible entity named Toby, strange things begin happening around the house, prompting Dennis to set up cameras.

After several horrific nights full of the titular paranormal activity, Dennis, Julie and the kids flee to the home of Julie’s mother, Lois, at the insistence of young Kristi. Toby is not so much an invisible friend but rather a demon, you see, and he forces Kristi to lead her family to Lois’ house, threatening physical harm to her sister if she doesn’t follow his orders.

While at grandma’s house, things quickly take a turn for the much, much worse. First, Julie is killed right in front of Dennis’ eyes, and then Dennis himself is brutally broken in half by an unseen force. As it turns out, Lois is part of a coven of witches, and at the end of Paranormal Activity 3, she leads Katie and Kristi past the bodies of Dennis and their dead mother, and up a set of stairs.

Though the movie ends without showing us what happens next, we do know that a member of Katie and Kristi’s family (possibly Lois) had at some point in the past made a deal with the demon Toby, exchanging the firstborn male child of the bloodline for wealth and power, and we can only assume that this is when both Katie and Kristi were brainwashed, to forget everything that happened in the film. Since Julie wasn’t interested in having another child, Lois, her cult and Toby were forced to wipe her and her boyfriend out, and essentially start fresh and try again with the two young girls.

Flash forward to August 2006, and the events of Paranormal Activity 2. Kristi, her husband Dan and their newborn son Hunter begin experiencing unusual events in their home, and Dan sets up security cameras to try and figure out what the hell is going on. Hunter is the first male child born in Kristi’s family since the 1930s, and the demon Toby comes to collect the payment he has been owed for many years. Thus why their house is haunted, and why Kristi ends up possessed. In a last ditch effort to save his family, Dan learns that the demon can be passed on to a blood relative, and so he goes ahead and passes it on to Katie.

And that brings us to the events of the very first Paranormal Activity, which take place in September and October of 2006 – shortly after Dan transfers the demon to Katie. Katie and her boyfriend Micah contend with paranormal activity of their own, with Micah setting up cameras and Katie eventually becoming possessed. The night after killing Micah, the possessed Katie goes over to her sister’s house, killing Kristi & Dan and kidnapping Hunter – as seen at the end of Paranormal Activity 2. The only survivor of PA 2 is Dan’s daughter Ali Rey, who was on a school trip at the time of the murders.

Katie and Hunter aren’t seen or heard from until late 2011, which is when Paranormal Activity 4 takes place. We find out that Katie put Hunter up for adoption, and he was taken in and raised by the Nelson family, and renamed Wyatt. Though no explanation is provided for why she did this, we can assume that Hunter needed to be raised until he was ready for whatever Toby plans on using him for, and the end of the film, though ambiguous, implies that Hunter is finally ready.

Quick summation, for those that don’t like to read; A demon named Toby is owed the firstborn son of Katie and Kristi’s bloodline, and he finds what he’s been waiting for in Kristi’s son Hunter. So he possesses Kristi, and when those plans don’t work, he possesses Katie, who he uses to get Hunter. Whatever he plans on doing with the baby boy remains to be seen, and we’ll probably find out in Paranormal Activity 5, set for release this coming October.

Even quicker summation, for those who reallllly don’t like to read; A demon named Toby is owed the soul of a young boy, and he’s done a lot of nasty shit, and forced two lovely sisters to kill everyone they love, in order to get it.

And that should bring you completely up to speed with the franchise, and prepare you for Paranormal Activity: The Marked Ones. Enjoy it. And be sure to come on back here when you get home from the theater, and leave a comment below letting us know what you thought!