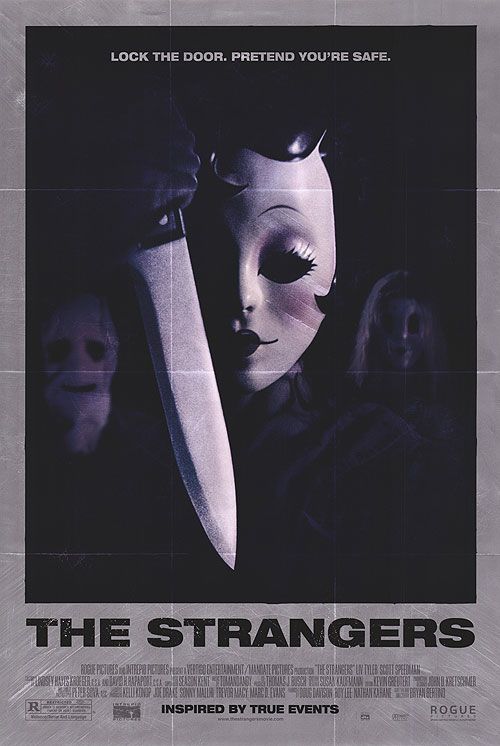 Whenever I think about any given horror movie that I’m a big time fan of, there’s always one scene/moment that immediately comes to the forefront of my mind, and essentially defines that particular movie for me.

In Friday the 13th, for example, it’s that jump scare of an ending that gave us our first introduction to Jason Voorhees, while in The Texas Chainsaw Massacre it was the moment where Kirk stumbles into Leatherface’s house, and gets a big ole mallet smashed into his cranium. I don’t think you even need me to relay the defining moment in Psycho, as it’s pretty much as obvious as the two I’ve already listed.

This new feature here on Halloween Love is all about those defining moments, and in each new installment we shine the spotlight on a different movie that I personally am a fan of, and dissect those scenes in each that stand tall as being the most important, memorable and iconic – in my eyes, at least.

This week, we kick things off with The Strangers, which was written and directed by Bryan Bertino, and released in 2008. As is typically the case with newer horror movies that fans don’t have nostalgic connections to, The Strangers has proven itself to be a polarizing film over the years, with many finding little to no merit in it. The characters consistently do stupid things and it’s wholly unoriginal, they say, and while I can’t exactly disagree with those two statements, I nevertheless feel that The Strangers is one of the most effective home invasion films of all time.

All shortcomings aside, The Strangers is just plain creepy, and it’s the overall atmosphere of the film that makes it so effective. True, two people alone in a house out in the woods, being attacked by masked intruders, isn’t exactly a bold or original set-up for a horror film, but where The Strangers excels is in making you feel like you’re in the house with those characters, being watched, stalked and terrorized.

The Strangers is a genuinely scary movie, which is made all the more frightening when you realize that the masked maniacs have no motives. “Why are you doing this?” Liv Tyler’s character asks in one of the most chilling moments, to which one of them replies “Because you were home.”

Oftentimes we take comfort in the fact that nothing bad will happen to us if we do nothing bad to others, and that nobody will be interested in harming us if we don’t harm them first, and so the idea that someone could invade your home one night, hellbent on tormenting and killing you for no good reason at all, is incredibly unsettling. And Bertino’s debut effort is quite frankly the closest you can get to being as unsettled as the victims of such a home invasion would be, without actually experiencing that horror for yourself. That’s what horror cinema is all about, isn’t it?

The defining scene in the film takes place exactly 25 minutes into its run-time, when Kristen McKay (Liv Tyler) is alone in the house, smoking a cigarette. Her ex-boyfriend James – whose marriage proposal she just rejected – has left the house to grab some more smokes, and repeated knocks at the door as well as several strange happenings have adequately shredded Kristen’s nerves, and made her feel quite uncomfortable. 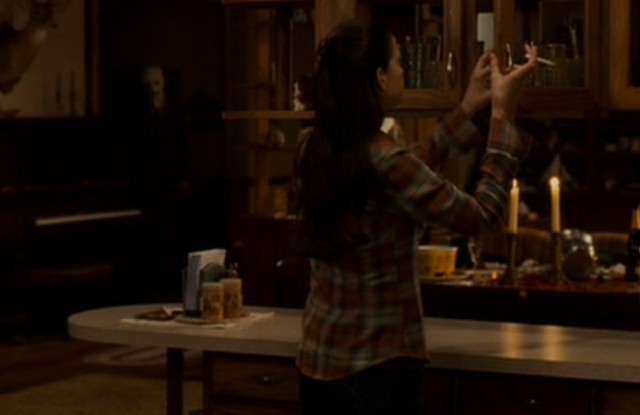 As she stands in the kitchen, smoking her cigarette and pouring herself a glass of water, one of the masked strangers briefly appears in the background, standing in a doorway and watching her every move. Bertino barely acknowledges his presence and never puts him in focus, and Kristen has no idea she’s being watched. The moment lasts for all of 40 seconds, before the camera cuts away and then back again – revealing that he’s no longer standing there.

I don’t think anyone will disagree with me when I say that there’s nothing creepier than being watched when you don’t know you’re being watched – it’s one of my biggest fears, actually – and that brief moment perfectly captured that feeling, while simultaneously letting us know early on what the titular characters are all about; this is a game for them, more than anything else, and murder is merely the conclusion of that game.

A moment such as this would typically be followed up by an attack scene, but Bertino’s restraint is what really makes it work. It’s such a simple and subtle moment but it nevertheless manages to imbue the entirety of the film with a layer of creepiness that wouldn’t have been there without it.

Throughout the rest of the movie, you’re constantly looking off into the background and you’re never sure when the characters are being watched or are about to be attacked, and that’s why it was such a brilliant decision to throw it in there so early on, long before anything really goes down. It’s a moment that literally affects the entire film, which just goes to show the power of a single scene.

Personally, I’m as impressed by an unoriginal movie that proves that even unoriginal ideas can be incredibly effective as I am by totally original movies that are full of new ideas, and it’s Bertino’s masterful execution of a simple, tried and true set-up that makes The Strangers one of the best we’ve seen in recent years. This is horror done right, and I encourage you to give the film another watch – with the lights off and the volume cranked up – if you didn’t care for it on the first viewing.

I’d love to continue this discussion below, so please feel free to comment with your thoughts on The Strangers, and this chilling moment!