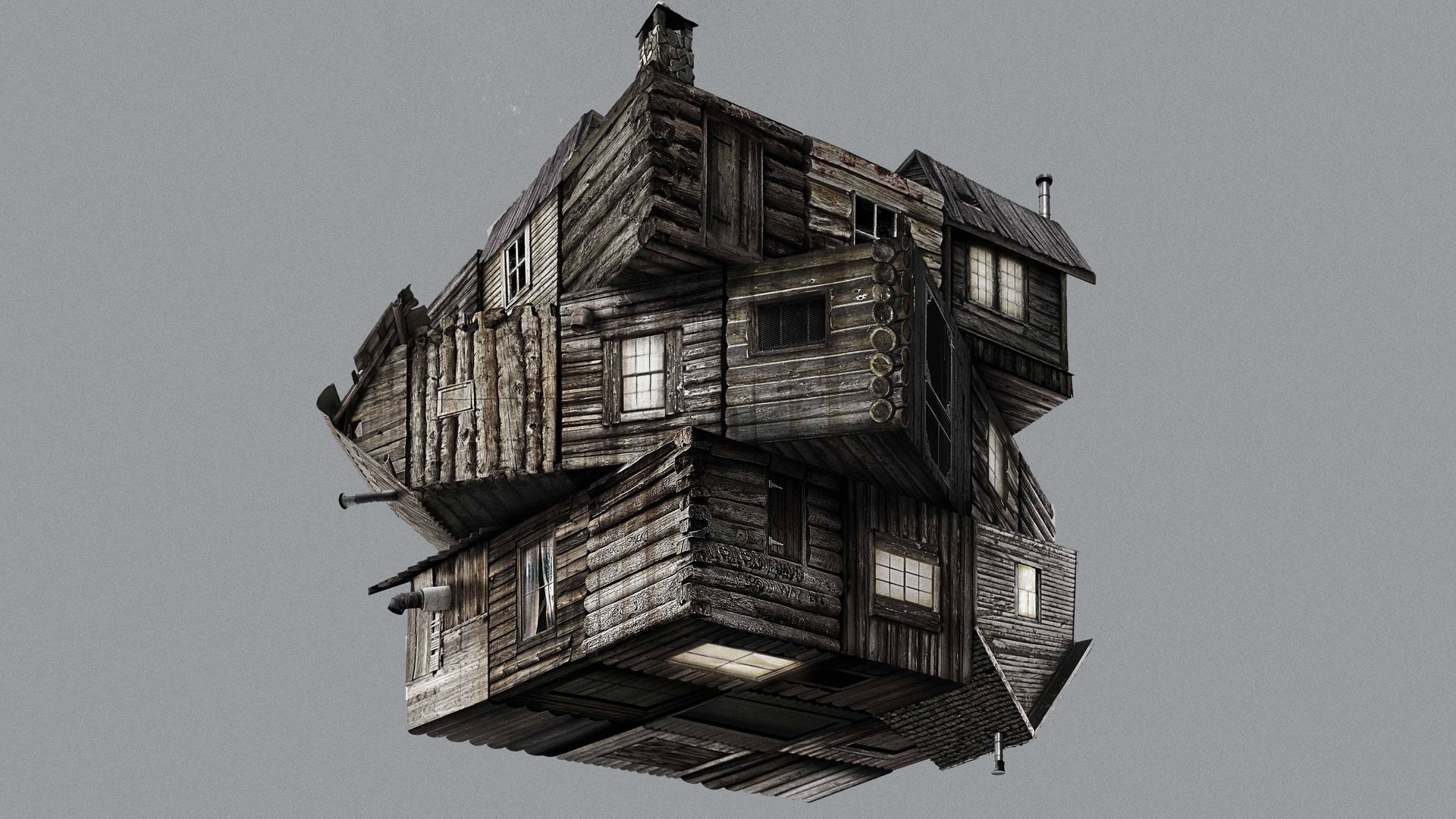 If you too, like me, almost turned this movie off after only watching for a short while… thank goodness we didn’t, because this is a fucking awesome movie, period.

I imagine Joss Whedon (written by) and friends sitting around discussing how god-awfully dumb so many horror movies are, chock-full of cliches and dumb teenagers where people do things or situations arise that simply don’t make any sense (in order to create tension or peril or draw the story out or get someone from point A to point B, split the group up, etc.) and you’re left scratching your head wondering if these characters are semi-retarded.

From this discussion probably arose: “What if we created some conspiracy where the government was behind all these “evil happenings” (homage: horror movies in real life) pulling the strings and that there really actually was a legitimate reason behind all these otherwise incomprehensibly dumb things people do in these films.” and from there a great idea was born.

I’ve only just seen the movie, not read anything about or read or listened to any interviews or commentaries (I’ll be checking out the Blu-ray special features soon), so this is just the overall feeling I get and is at least very definitely the tone of the film and what it’s about.

I think it’s a great self-aware and self-referential horror movie (think Scream or New Nightmare with a Truman Show aspect), but goes a few layers deeper I think, cleverly making fun of bad horror movie cliches. However, it’s not a self-hating horror movie as there’s clearly a lot of fandom and love for horror movies with the over-the-top horror movie monster and villain cameos and parodies that take place at the end.

But, it’s not a parody or outright comedy. I would say that it’s a “fun” horror movie that takes itself just seriously enough to have substance, while still being an homage to all the great horror movies over the years which is clearly one of the heavier bullet points.

Again, luckily I didn’t learn too much about the film before seeing it, because it had that special spark that only happens when you pretty much know nothing about a cool film before watching and not knowing what to expect (I had a similar experience with Jeepers Creepers when I found out it wasn’t just a man). Thank goodness I hadn’t talked to any of my friends about “Cabin” before seeing it, as the conversation would have gone something like:

Me: “Hey, so was it any good or was it just another mindless teen slasher?”
Friend: [Gets smirk on their face]
Me: “What?”
Friend: “You’ll just have to watch and see, you think it’s just another dumb horror movie at the beginning and then it picks up…”

Because no matter how ominous one can be about the movie, it would still ruin it. I, on the other hand did indeed get the pleasure of watching it with absolutely zero outside influence except for the fact that I had “I’m a huge horror fan and I have to see this film.” in mind. My experience went something like this with pretty much no expectations:

So, instead of just thinking of this as another dumb horror movie I’m now privy to the inside joke that has several layers and have a “sit up in my seat to pay closer attention” moment and have a blast the rest of the movie.

While clever, it was very risky to make a movie knowing full-well that they would purposefully have to dumb it down in order to have the twist that it’s not just a dumb movie and is in fact a carefully coordinating series of events. Also risky because the average consumer is generally pretty stupid and it’s always a risk to release a movie that requires the audience to “get it”, which is abundantly clear if you head over to the IMDb forums that everyone indeed did not “get it” at all.

My favorite gimmick of the movie is a phrase that I’ll now coin, the “Cliche Explanation” ;). The moments in the film where we see cliches we’ve seen a thousand times in other horror movies before, but then are shown how and why that moment took place, where we would otherwise be yelling at the screen at how dumb we find the characters to be (hoping that there was somehow a good reason and there never being one).

My favorite cliche explanation was where the girl drops the knife because the “special effects crew” sends a little subtle shock to it that makes her drop it, almost sub-consciously in her adrenaline state.

If you read any other review or explanation of this film and they fail to mention the word “cliche” at least once, they have no fucking clue what they’re talking about. If you haven’t seen this film, I sincerely hope you didn’t just read this article because the movie is now spoiled for you :(. If you don’t care about spoilers, but are a horror fan, check it out anyway. I don’t think you’ll regret it.