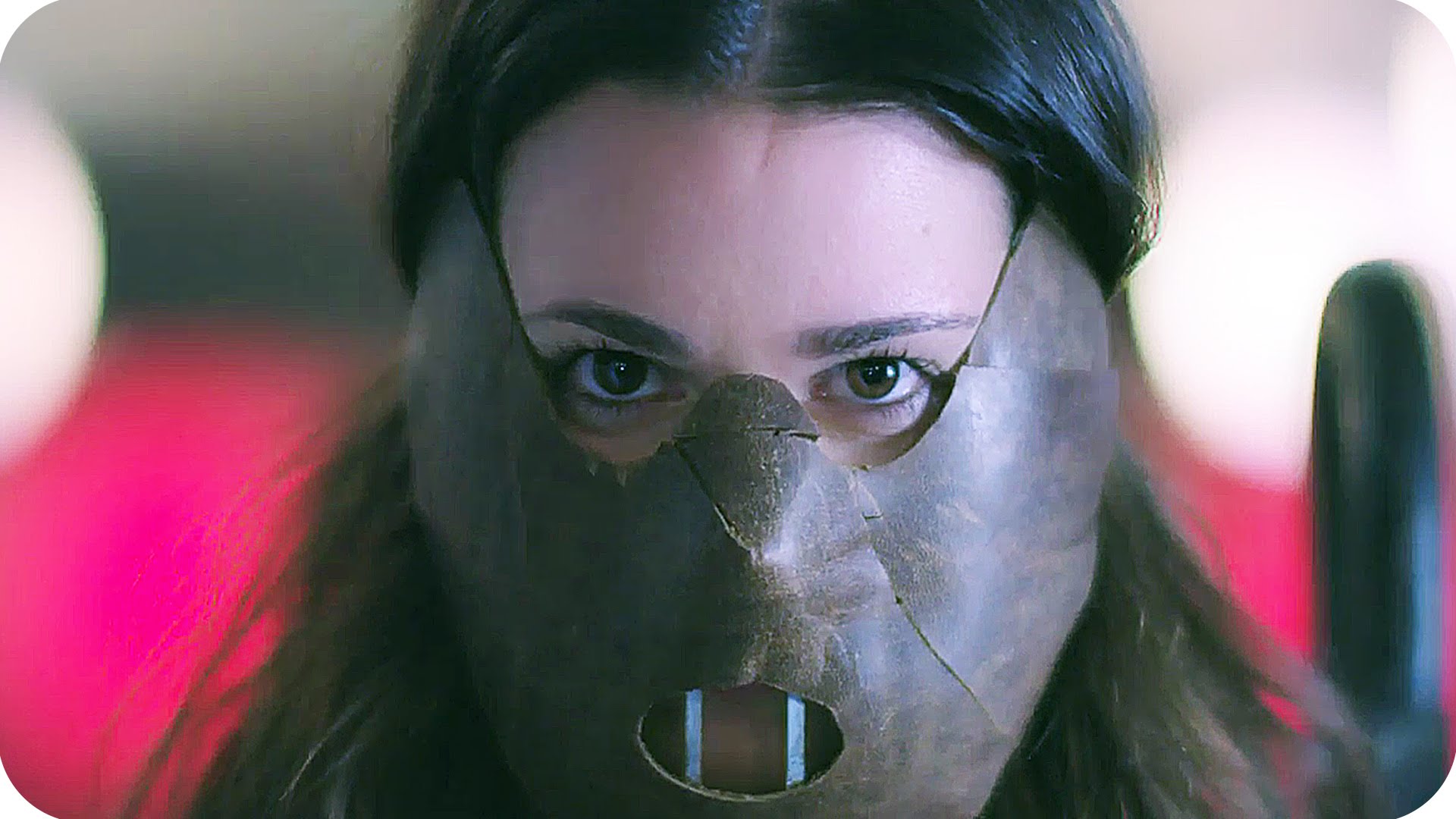 Scream Queens returned last night to reveal Chanel #5’s fate, and…she’s fine. I told you so. Unfortunately, no one believes her story despite the proof of werewolf girl’s decapitated head (though the rest of her body has magically disappeared) and green ooze footprints up and down the hall. The detective on the case decides they will never solve the murder as there simply isn’t enough evidence. Oh, well. This is the world of Scream Queens; the police are as worthless as they are in any slasher film, they just don’t bother to try to hide it on this show.

Zayday begins to question Dr. Munsch’s motives for opening the clinic and hiring her and the Chanels. She begins to do some digging of her own only to discover the hospital’s true history. It seems it was initially closed after a massacre in 1986. In a bloody and hilarious flashback we’re shown Dr. Mike and Nurse Thomas being hunted down by the Green Meanie. Seriously, they upped the blood quotient drastically in this one scene.

Taking this newfound knowledge to Dr. Munsch, Zayday confronts her with her suspicions. Turns out Dr. Munsch isn’t attempting to line up the remaining sorority girls (minus Grace, because who cares?) in order to slaughter them one by one. She’s actually suffering from her own mysterious disease that no other doctor can identify. As it turns out, she’s contracted a disease that can only be spread from eating spoiled human remains. It’s a long story. Meanwhile, Dr. Hoffel is snooping for as much dirt on everyone as she can in between shoveling handfuls of mind altering medications down her gullet. Also, Chad Radwell is back! 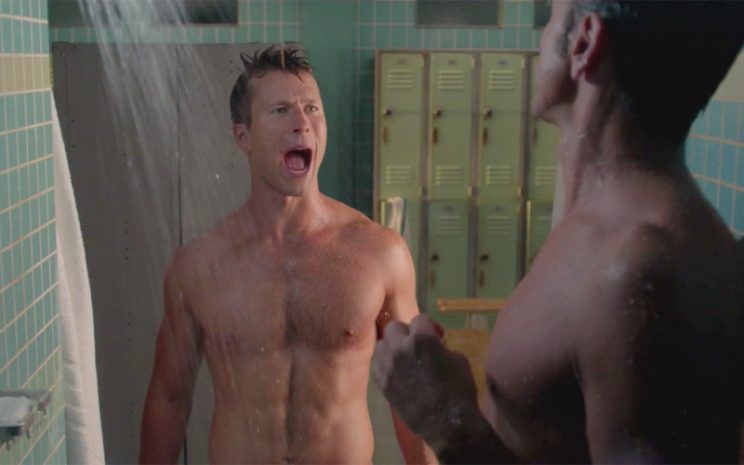 He’s none too happy to find Dr. Holt moving in on his chick. Chad makes his intentions known after a perfectly choreographed scene of faux machismo/real homo-eroticism in the showers. Chad even goes so far to hire a PI to dig into Dr. Holt’s past. His donor hand belonged to…wait for it…a squash champion serial killer!

That’s right, Dr. Holt is one traumatic event away from allowing his hand’s killer intentions to take control. And for those who don’t think this show is for real horror fans, there’s a scene with Dr. Holt and Chanel taking in a double feature of Pieces and The Hand. As of right now, I’m sticking with my Evil Dead 2 prediction.

While I was lukewarm on last week’s premiere, tonight course corrected in spectacular fashion. My three main grievances were addressed: the gore quotient was amplified (with one slo-mo throat slit being the crowning gore achievement), the quips were rolling one after the other, and the overall feel of the show was firmly planted in its slasher roots. From scene one, they stuck with the candy coated, Argento inspired lighting. Every corner of the hospital was shrouded in creeping shadows and random, Fucli fog. I was living for the overly stylized vibe of it all. As I’ve stated, this show exists in its own reality. There’s no reason it should feel beholden to ours.

The episode’s highlight was hands down Jamie Lee Curtis kicking ass with a manila folder. Yes, a manila folder! The character of Munsch got to whoop some Red Devil butt last year, but it was a tad more hokey than exciting. Last night’s take down of the Green Meanie was still humorous, but more importantly, it was bad ass. It was some Jackie Chan level absurdity. What made the scene truly work was director, Bradley Buecker. Munsch appeared to have the upper hand several times, which as an audience has us primed to expect the reversal. Buecker smartly played with this expectation repeatedly in the span of a few minutes. I genuinely feared Munsch might be in trouble, expecting the killer to plunge the knife in her back during her moment of victory (Samuel L. Jackson, Deep Blue Sea style). Thankfully, Munsch lives to fight another day.

We also took a trip to the local high-security insane asylum to visit Lea Michelle’s Hester. In a fun nod to Silence of the Lambs, projectile bodily fluids and all, the Chanels, Munsch, and Special Agent Denise Hemphill visit Hester in hopes of getting “into the mind of a serial killer”. The character of Hester was an odd creation last season. She was obsessed with death, sex, and sex with death. Despite her more humorous moments, she never really clicked with me.

However, if this Hannibal Lecter style Hester is what’s in store for us this season, sign me up. Michelle was slaying it as a nut job who has gone even nuttier while locked in a glass cage. Her performance fit the ideal tone of the show as a whole; she was funny while also making me extremely uncomfortable. I believe that she’s capable of anything even while making her “demands”, high end beauty products that have been discontinued for years.

Ultimately, “Warts and All” was a blast. Perhaps last week was merely a ground-setting ep. They were too busy catching us up on the characters and bending over backward to get them all in this new location that they forgot to have any fun. No worries. Scream Queens is back, and hopefully they keep the blood and the laughs rolling into next week.

Best Line of the Week

After the Green Meanie escapes from Dr. Munsch’s brutal beat-down:

“From now on, when someone’s just fought off the killer, and they’re about to reach down and pull off the mask and find out who it is – Not the time to distract them with a bunch of questions!“

Truer words have never been spoken in a slasher scenario. Preach, Munsch, preach.