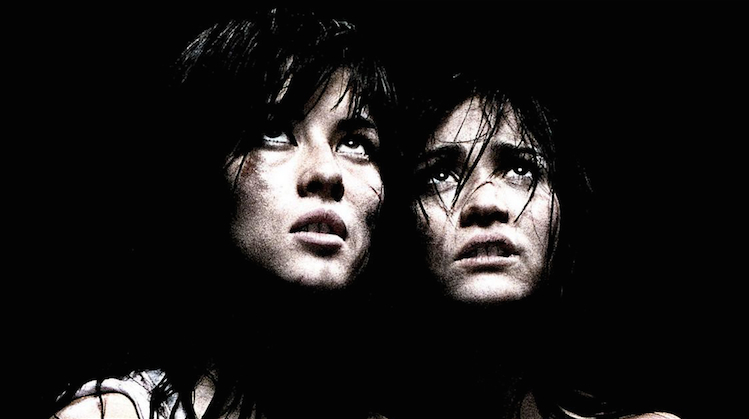 Ok, you know the drill. These are the articles that open up the floor to you, the Halloween Love readers and allow you to reveal your favorite horror movies and most importantly explain WHY they are your favorites.

Putting together any kind of ‘favorite’ list is really just capturing a moment in time, 12 months from now choices might be different and new movies discovered. So, at this point in history I hand you over to todays decision maker … Dominique Mitchell-England, from Plymouth in the UK. She is a tattoo apprentice, wife, mum and (of course) hardcore horror lover …

“What can I say? Such an amazing, beautifully ugly film … both in aesthetic and narrative. The lack of speech in the film is a little unsettling, It’s not ‘usual’. Then again, nothing about the film is. It is isolated, bare, dark, industrial, gritty and dirty. I first saw it when I was 11. It gave me nightmares and confused the hell out of me. There’s so much going on in the film that it demands more than one viewing. To truly appreciate Eraserhead, you need to understand it. It isn’t your ‘run of the mill’ horror … it’s not a gore or scream fest. The horror is mental. It is within us all. Essentially, it is US.”

“There’s so much more I want to say but can’t for fear of spoiling it! Like nothing I had/have ever seen before or since. Go and watch it, NOW!”

“This film starts off with a bang. You’re straight in at the deep end. But halfway through, the deep end gets deeper, a whole lot deeper! A horrific, bloody film, but the horror you witness … basically torture … is shocking, it is unforgiving, unflinching and relentless. This callous, detached violence was almost too much for me. I’m not a squeamish person, but how this film mentally affected me nearly had me hitting the stop button. Then the film COMPLETELY changes. I’m so glad I persevered.”

“The acting is fantastic, made better as there aren’t any famous faces to make it less ‘real’. Do yourself a favour and watch this gem (with the lights off). A must for Clive Barker fans.”

“Ringu terrified the living daylights out of a 15 year old me. The late night films on Channel 4 (UK) often did, but Ringu was in a league of its own. The TV in my room was turned to face the wall that night. Never has a woman in a nightie been quite so frightening! The way Sadako moves, her painfully basic appearance, THAT EYE!! Oh my goodness, who can forget the TV scene in Takayama’s apartment … ‘shudder'”

“Not since Poltergeist, have I seen such good, scary use of a TV set. Don’t bother reading the book that inspired this film, it’ll disappoint you.”

“Such a classic. This film hasn’t aged at all. Just as horrible now as it was back then. At the time of its release and during production, there were numerous rumours of an evil curse. Some awful things happened to the cast and crew; Planes they were travelling in were struck by lightning, one of the crews girlfriends was beheaded in a terrible accident not too dissimilar from the beheading scene in the film! Coincidence or curse?? Either way, The Omen is fantastic.”

“Some people think the events in the film could happen in real life. If that doesn’t sit in your mind and gnaw away a little bit, maybe it’s not the film for you. The effects, the script, the soundtrack, are all amazing. I can’t find fault anywhere with this film … hence being in my top 10. My mother tells me I first saw this when I was 8 months old and giggled at the deaths … At 3, I was exorcised”

“A fantastically brutal ‘intruders in your house’ tale with a great twist. I love my gore, but Funny Games has practically none. The action is always just off screen, panning away, or focussing on a different character just hearing the violence. This leaves it to the viewer to imagine how extreme it may be. I wasn’t expecting the huge twist, nor did I see it coming. It took me totally by surprise and had me rooting for the main (good/innocent) characters … something I rarely do!”

“A brilliant script coupled with amazing camera work and again, great unknown actors makes this film one of my all time favourites. Horrible!”

“Kubricks version of Stephen Kings book of the same name is truly astonishing. A strangely disturbing masterpiece. The imagery is cult, whether you have seen it or not, it is instantly recognisable. But these images are only catalysts to the horror … the real raw horror is the isolation, the claustrophobia, the family breakdown, the ever increasing eeriness and tension, building until it explodes: “HERE’S JOHNNY!” …”

“I can’t stay at a hotel without envisioning the twins at the end of a corridor, or hearing Danny’s trike come rumbling around the corner. A film that has stood the test of time and will crawl into your brain and stay there … forever and ever and ever.”

“La Casa Muda amazed me. There is debate here, but it claims to be filmed in one long, continuous shot. (Like Hitchcock’s ‘Rope‘ 1948). Without knowing this before seeing the film, you wouldn’t know. It is so well done, so smooth. Huge respect to the actors! For me, the horror in this film is Laura’s slow realisation to past, tragic events, and what happened years ago. You realise what’s happening at the same pace as her, like an IV drip of information. I like that. Too many films let you know what’s happening before the characters do, or make it disgustingly obvious, so this was refreshing and really kept me hooked and guessing just what was going on.”

“The 2011 remake really lacked intensity. I think the whole story was lost in translation. Stick with the original if you want to watch this film.” 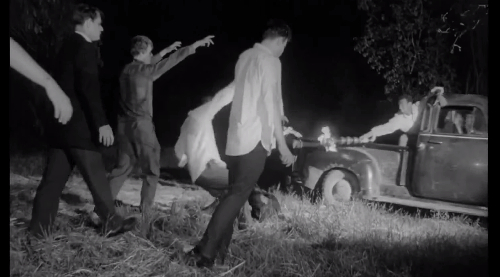 “In my opinion, the greatest zombie film of all time, although VERY close competition with Dawn of The Dead 1978. Night’ just takes it for me though. Romero set the bar (and the rules), for zombies everywhere. Such a chilling watch, whether you read the film objectively or subjectively. It doesn’t let up. The zombies keep coming, as does the tension. If a zombie outbreak were to happen, (thanks to Max Brooks I am prepared!) … this is exactly how I see it panning out. No one gets away unscathed. No one is a ‘hero’. All the characters are just average joes. This keeps the film real and timeless.”

“Gives me the willies and always makes me sad at the end. I’ll leave you with a fun fact … thanks to being shot in black and white, the blood SFX were made a lot cheaper by using chocolate syrup!”

“A slow burner, (pardon the pun) but what a finale! What really chills me to my core every time I watch this film is: people used to do this, (Perhaps they still do?!) The ritual in this film is factual. This disturbs me in a way I can’t even begin to describe. No one on the island seems to think what they’ve done is wrong. You’re totally with Edward Woodward, really hoping they stop and change their minds, or even just consider what he’s saying for a moment … No guilt, no remorse, no sadness. Bastards! A must see for any film fan.”

“Such a beautiful film. So sad, but such a pleasure to watch. I was completely absorbed. The colours are amazing. There is a tension and sense of dread throughout the whole film that builds and builds and doesn’t disappoint. A good old fashioned ghost story with a difference. So much I want to say about this film but I will be spoiling if I say anymore. Put this on your ‘to watch’ list and find out for yourself.”

A HUGE thank you to Dominique for taking part … If YOU would like to feature and reveal all then just message me below or on facebook and I’ll be in touch.