I’m often asked by fellow fans to list off my favorite horror movie kill scenes, which is a gargantuan list that’s quite frankly impossible to limit to the usual 5, 10 or even 20 that website lists are typically limited to.

There are just too many awesome ones that come to mind whenever I’m asked that question, and so I’ve decided to turn that very topic of conversation into a recurring feature here on Halloween Love, where I’ll list off my personal favorite kill scenes five at a time, until I can no longer come up with any more.

Sound good? Then read on for the first batch of memorable favorites, and feel free to drop a comment below with some of your personal picks! 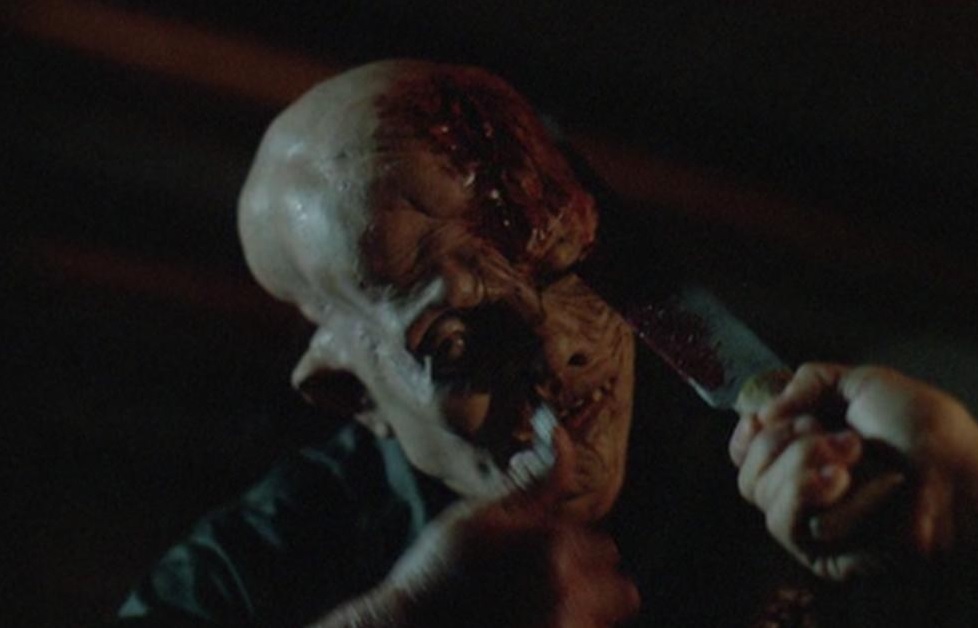 If a group of extraterrestrial beings came down to Earth and tasked me with explaining to them what a slasher movie is, I’d likely reach for The Final Chapter on my DVD shelf, and let it do all the talking for me. The Friday the 13th franchise’s fourth installment is not just the quintessential movie from that series but it’s also the perfect example of 80s slasher cinema at large, jam packed with gory kills and memorable moments aplenty.

The original Friday the 13th‘s makeup effects artist Tom Savini returned for The Final Chapter to kill off his creation – Jason Voorhees – and boy did he knock it out of the park. The final showdown between a young Corey Feldman’s Tommy Jarvis and the hulking brute is one of the best in horror history, with Jarvis tricking Voorhees into thinking he’s actually a younger version of himself, and then whacking him in the head with his own machete.

Practical effects just don’t get much more awesome than the deliciously extended sequence of Jason’s head sliding down that machete blade, ever so slowly, and it’s those incredible effects that make the kill one of my Top 10 favorites of all time. The scene truly represents everything that was so damn awesome about 80s horror movies. 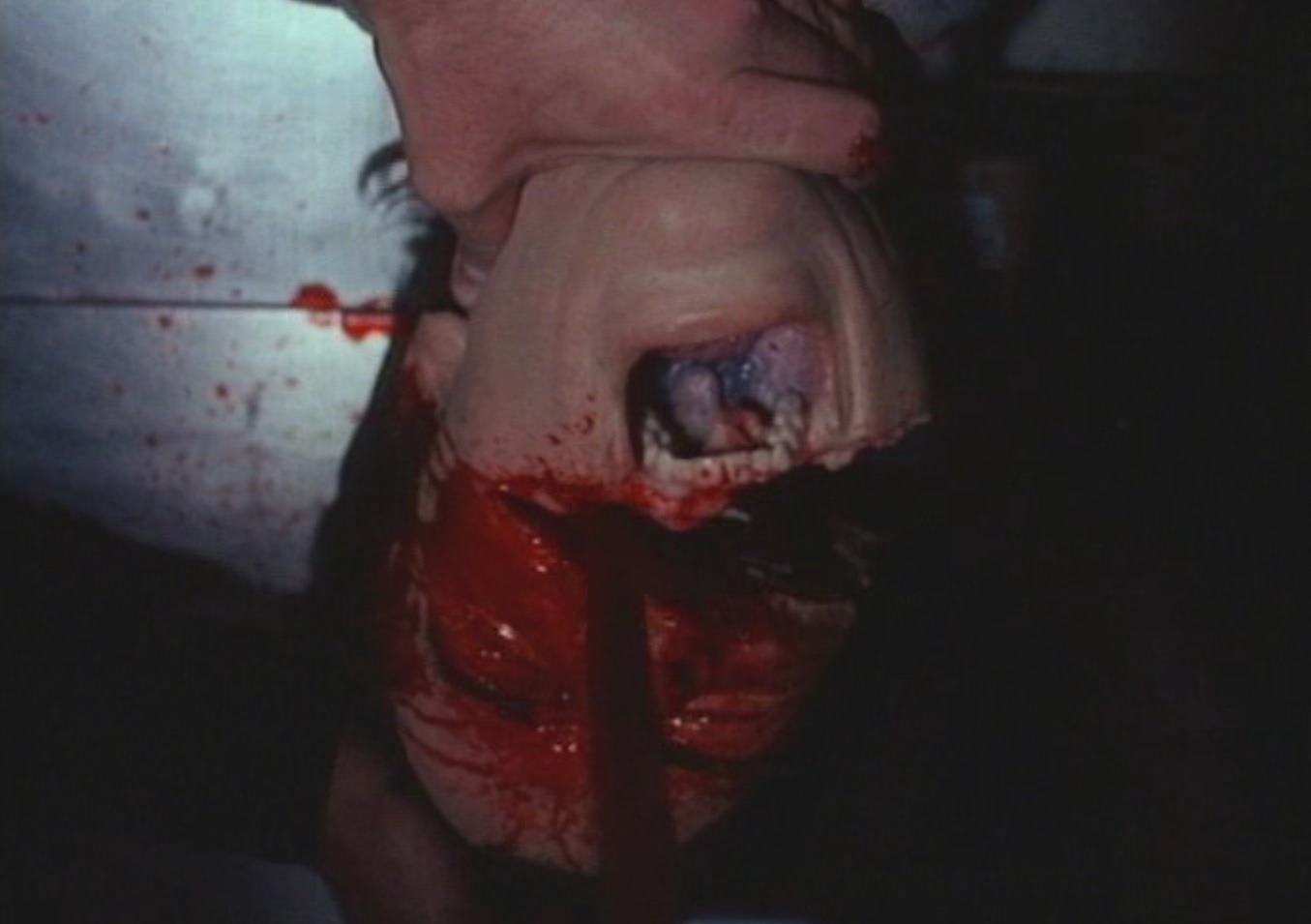 Speaking of 80s slashers, the supermarket-set Intruder is another one of my favorites, directed by Evil Dead 2 co-writer Scott Spiegel. Starring Sam Raimi, and with a brief appearance from Bruce Campbell, the film is a ‘whodunit?’ slasher about the employees of a grocery store being knocked off one by one, and it’s home to some pretty memorable moments of bloodshed.

Of all the ill-fated characters in the film, nobody gets it worse than Dave, whose head is literally cut in half courtesy of a meat slicer. It’s one of the most downright painful kill scenes of them all, as every single moment of the sheer brutality is shown, with chunks of human meat flying around and poor Dave’s face getting absolutely massacred.

Incredible effects are on display in the hard-to-watch scene, courtesy of Greg Nicotero, Howard Berger and Robert Kurtzman of the famed KNB EFX Group. There’s a reason they’re considered the best in the game, and Intruder is a shining example of that. 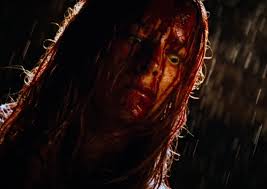 There’s nothing quite as satisfying to watch as a good old fashioned bit of cinematic revenge, and The Descent excels in that department. Throughout the film, the character of Juno is shown to be a pretty terrible friend, sleeping with final girl Sarah’s husband and leaving one of their friends for dead, and toward the end of the movie, she totally gets what’s been coming to her.

In the film’s most cheer-inducing moment, Sarah and Juno find themselves surrounded by Crawlers, and though it looks as if they’re going to have to put differences aside and team up to fight off a common enemy, Sarah instead raises her pickaxe and sticks it right through Juno’s leg, leaving her defenseless against the approaching monsters. No words are even spoken between the two, and quite frankly no words are necessary.

Sorry Juno, but you deserved it. 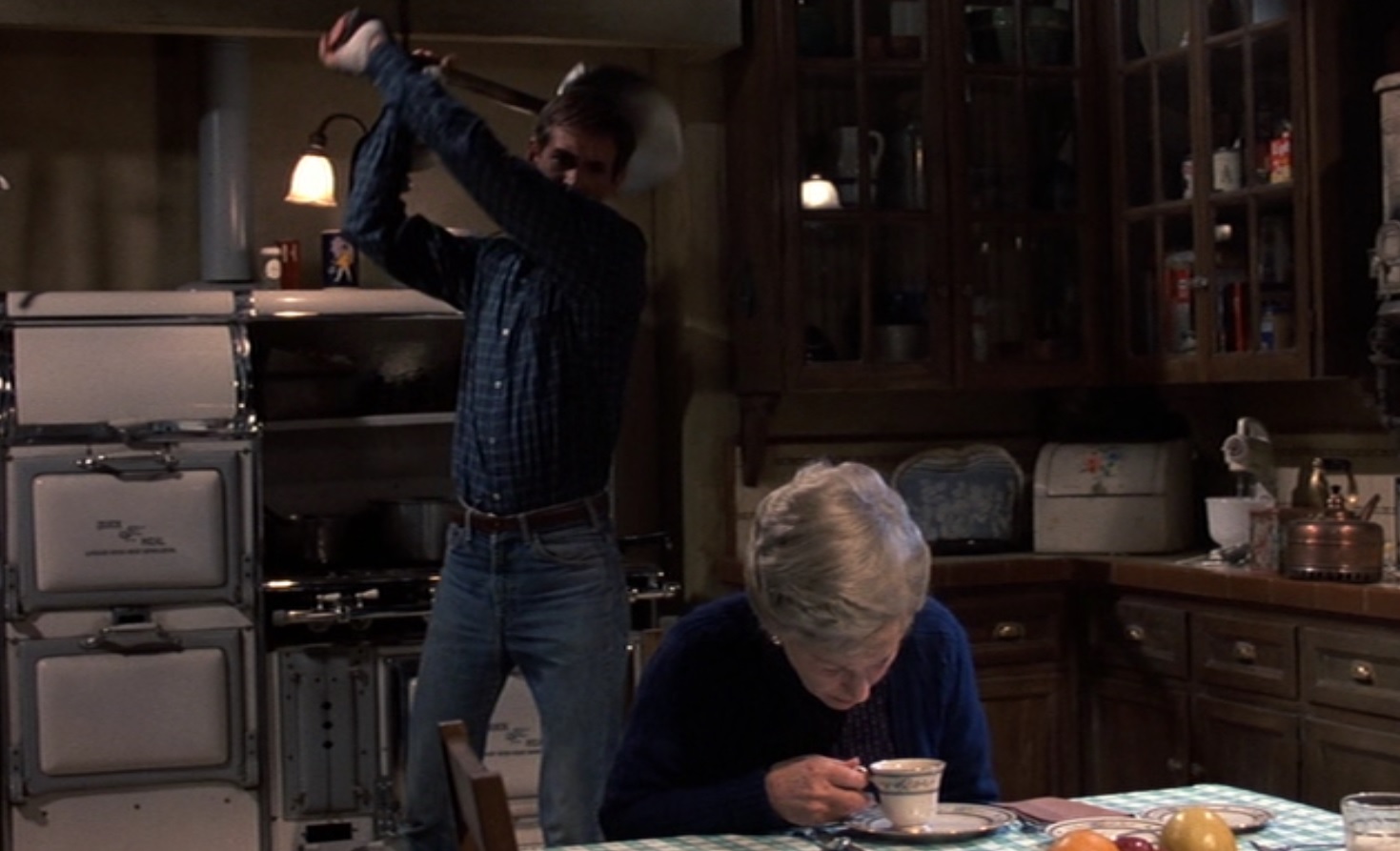 PSYCHO 2 – NORMAN DOES SOME SHOVELING

Horror sequels don’t get much better than 1983’s Psycho 2, which somehow, against all odds, managed to be a pretty incredible decades-later follow-up to Hitchcock’s masterpiece. Full of twists, turns and genuine suspense, Psycho 2 is quite frankly better than it has any right to be, packed with some gory kills that the Hitch would’ve likely winced at.

In the film’s surprise finale, we learn that the woman we always thought was Norman’s birth mother was actually his adopted mother, as Mrs. Bates’ sister Emma Spool pays him a visit and reveals she is his mother – and that she’s been the killer throughout the movie. Armed with this knowledge, Norman picks up a shovel and whacks her over the head with it, instantly killing his own mother.

It’s the way the scene is shot that makes it so memorable, with the camera panning up after the particularly brutal shovel hit and filming Norman’s casual post-murder walk through the kitchen from a bird’s eye view, as he whistles and acts like he didn’t just do what he just did. Certainly one of the more visually unique kill scenes in horror history, which is what I love about it. 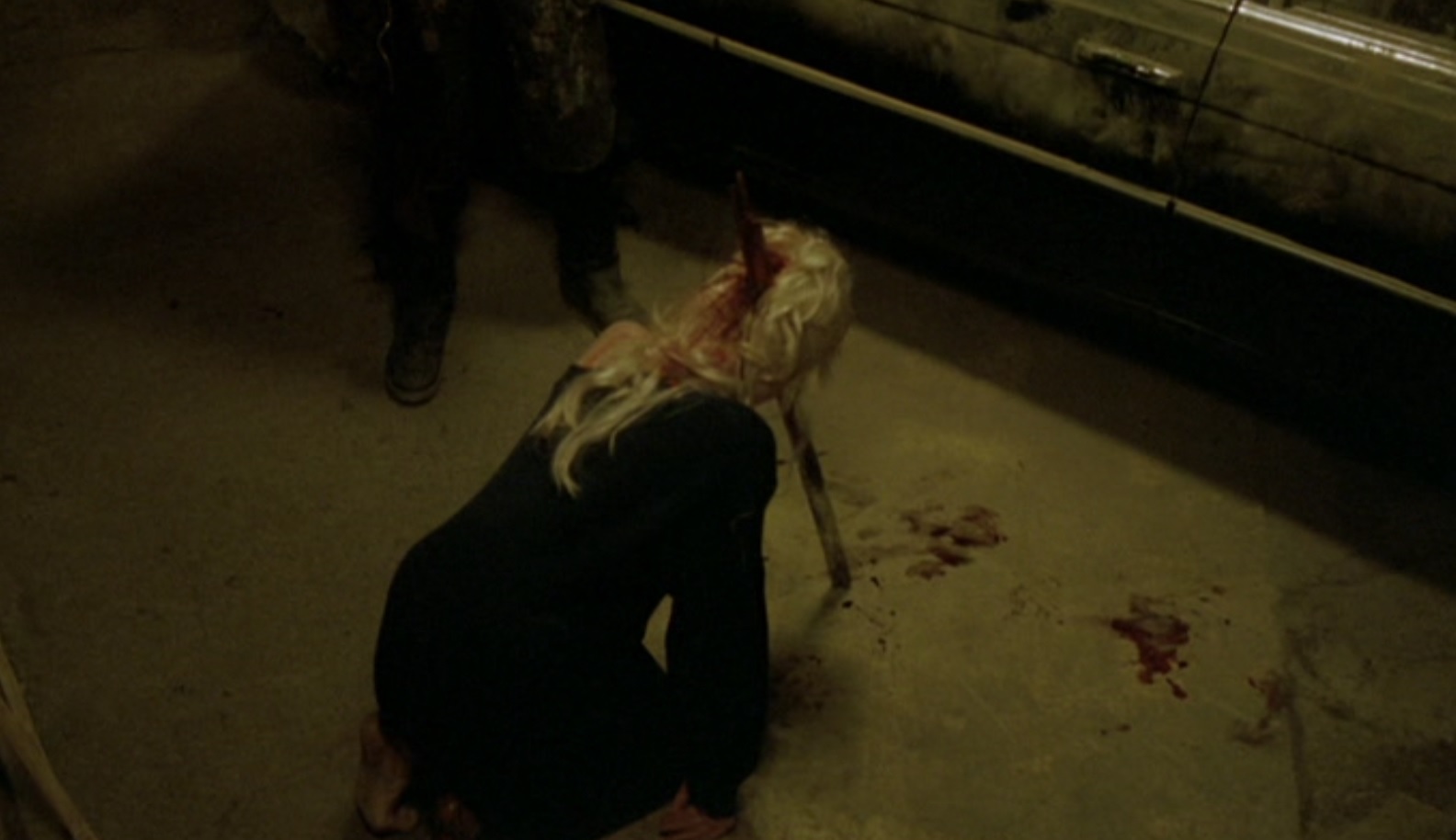 2005’s House of Wax remake – which I had fun with – often gets criticized for featuring Paris Hilton in a lead role, but if you’re asking me, that’s the most brilliant aspect of the entire film. She’s not in it all that much and it’s clear that she was added to the cast for the sole purpose of giving everyone the satisfaction of seeing Paris Hilton die a brutal death – hell, ‘See Paris Die’ was a part of the film’s marketing campaign – which is something everyone who hates her should quite frankly be thanking the movie for.

Paris’ death scene is the most gruesome in the entire movie, as the wax-mask wearing killer hurls a gnarly pole through her head, which completely comes out the other side. As if that wasn’t satisfying enough, the camera holds on the gory visual, before the killer steps down on her head and pulls the pole out of the gaping wound.

Sure, Paris Hilton being in the remake of a Vincent Price classic seems like sacrilege, on paper at least, but it’s hard to be mad about the casting decision when it provided us the sweet satisfaction of seeing her meet such a horrible end. What’s not to love about that?!

I’ll be back soon, with more of my favorite kill scenes!