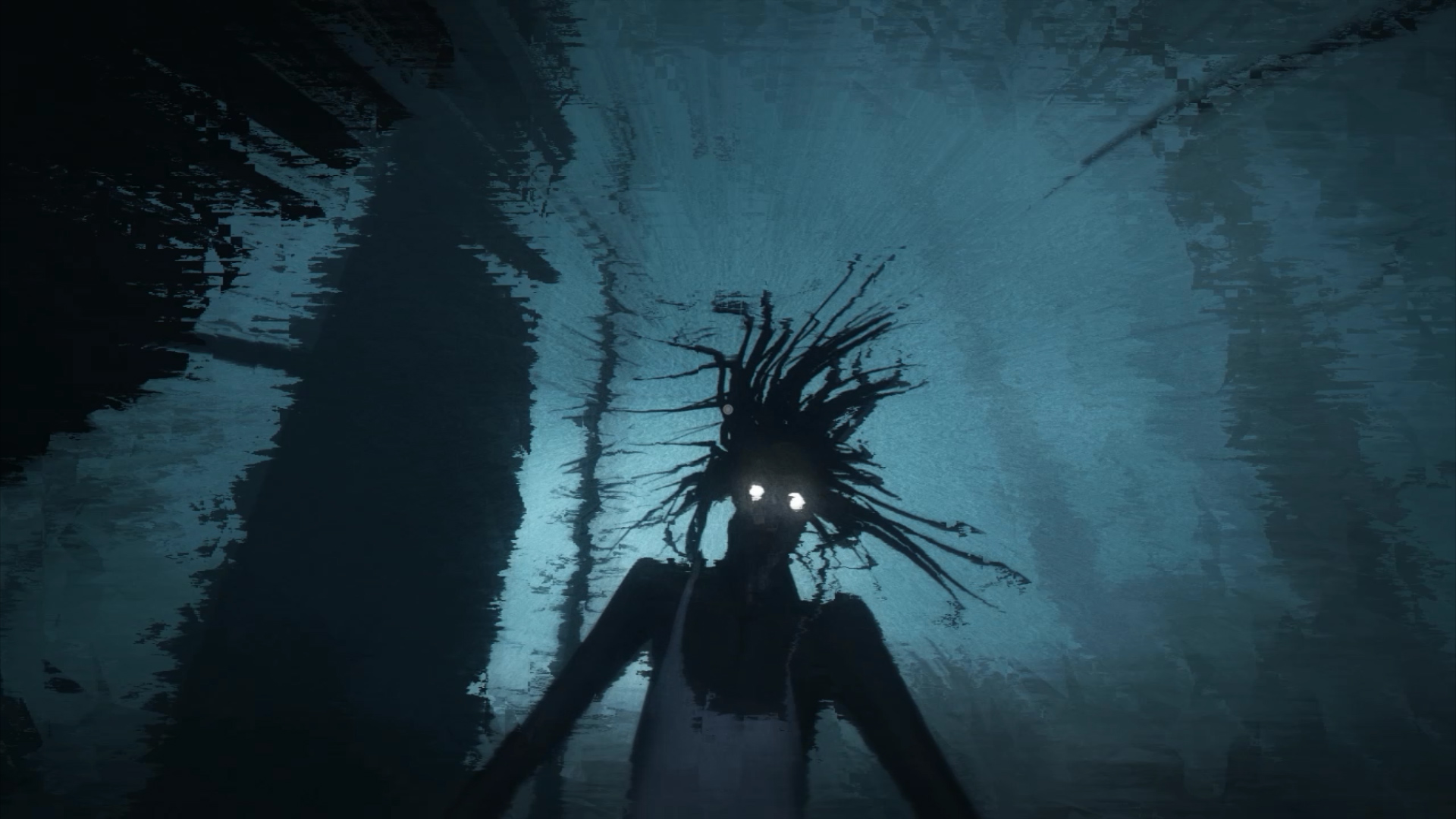 Lately, I’ve been on a bit of a binge playing exploration/walking simulator games. While I’ve enjoyed them all, I was most compelled to reach out to Krillbite Studios about their game Among the Sleep, because I could relate to it so much on a personal level.

HL: Let’s get the dark stuff out of the way first. The parallel of what’s happening in the imaginative world of Among the Sleep, of what drives the game mechanics, are subjects of divorce, child abuse, neglect, confusion, escapism, and perhaps loneliness. Those parallels into my own life are actually quite striking, more than I realized upon my first play-through.

I remember my parents fighting, hiding in my room, plugging my ears, even hiding in my closet to “escape” like in the game. I also had a Teddy Bear that I could confide in and take comfort in. My parents also divorced, dealt with alcoholism and drug addiction, and to some degree, were mentally or physically abusive to me at times, certainly neglectful. Because of this, I played alone a lot in my room or backyard and went deep into my imagination, and escaping into stories, other worlds, is still something that’s a very important form of entertainment for me today.

What I want to know is this, was the foundation of this story simply taken from the abstract desire to tell an original story of substance, or do these subjects and experiences also closely hit home with anyone on the team, perhaps those most responsible for the story?

KB: We are very sorry to hear you had such a childhood! It’s always difficult to know how to talk to people about this. We have gotten several beautiful and heartbreaking emails from people that have experienced this themselves, or parents that got hit right in the feels. It’s been very special to be a part of!

The story of Among the Sleep developed quite a lot over time. From the start, the pitch was a toddler hiding from a monster. Then we made Teddy the monster; a demon that lures toddlers into his hideout and cooks and eats them. A bit more “typical.” In a brainstorming meeting an idea of a twist was laid out, and talks started presenting the mother as the monster. It was not easygoing for this idea as people on the team had gotten used to the original idea, and we were also very cautious of handling the sensitive matter. When we went for it, we wanted to do it with utmost respect without setting it on a pedestal.

The childhoods of the people on the team have been better than our kid in Among the Sleep, and it is not directly inspired by anyone’s past. Unfortunately we all know someone that didn’t have a very good childhood, so it’s been possible to get inspiration elsewhere.

We talked a lot with a child psychologist, and hung out with toddlers to see their movements. We did this to understand how children see and remember, and to be able to recreate the movements of a toddler.

We had, and have, a wish to tell stories that are close to our heart, but not directly about ourselves. We wish to relate to other people, and their lives. We do want to be original in our stories, and create entertaining games that give something more than just entertainment. We don’t want to be lecturing or trying to tell people what to do, but we want to make people realize that things are not always what they seem.

HL Final Thought: I’m happy to be alive and happy to be me. So, that means taking the bad with the good, all those moments that ultimately add up to who we are. Wouldn’t change a thing. ♥

HL: It’s very clear, from your 3 titles so far, that tying in with real-world issues for the point of social commentary, is important. In those terms, independent games are much better known for substance over their AAA counterparts. If money were no object, would the team even be interested in making a AAA title? And if so, what would that game look like?

KB: Yes, that is indeed very important to us!

We are such a varied group of people that some of us would not even want to touch a “AAA project,” and some dream of working on one someday. Those that want to work on AAA titles want to create an MMO, a gigantic action-filled world with trading with friends, building, travelling, and breathtaking action sequences. They are not quite sure on genre or story, but they want something unique and innovative.

HL: What are some of the team’s favorite horror video games?

KB: None of us are huge horror game players but some favourites are Resident Evil (0, 1, 3 and 4), Amnesia, SOMA, Silent Hill, Dead Space, and Left 4 Dead. We enjoy both the classics, and newer games with interesting concepts and stories. Or just plain fun and challenging like Left 4 Dead!

HL: Is the team interested in storytelling in other mediums: books, movies, etc.?

KB: Yes, but we aren’t working on anything. All of us have different tastes and some are fans of franchises others aren’t, but we all agree that it’s important that stories speak to us on a personal or intellectual level.

HL: What are some voice actors the team would love to have on one of your projects?

We were so stoked when we got Roger Jackson as Teddy in Among the Sleep. That was just too cool! And could perhaps be a hint that Teddy was evil in the original idea…

HL Final Thought: Oh! Roger is the voice of the killer from Scream! That is indeed one famous voice.

HL: What are some songs the team would love to have in one of your projects?

KB: Not sure. We usually have a setting first, and then create music that fits afterward.

HL: What are some of the team’s fondest childhood memories of Halloween (if applicable)?

KB: We didn’t really have Halloween here in Norway when we were kids. But we do enjoy it now! It’s playing horror games, or inviting friends over to watch a horror movie, and eating candy. Pretty standard. Dressing up is getting bigger and bigger each year, but I really wish we had haunted houses to go visit. That looks like fun!

HL Final Thought: Oh man, haunted houses are a big part of October every year in the United States. Universal Studios is probably the granddaddy of them all.

HL: This question is for you Kristina (Community Manager for Krillbite), are you a gamer yourself and are you interested in getting more involved in the creative process? For instance, do you have any ideas for stories you might like to tell?

KB: Hello! Yes, I play video games. I’ve been playing since I was a kid. I had odd handheld devices my dad brought me from his travels, and I played on Sega Genesis and N64. I was console-only for a long time, didn’t start with PC gaming until my late teens, but now I do both. I wrote my master’s about video games, so I am actually a video game researcher rather than developer, which is why I don’t have a direct developer job at the studio. I enjoy the analytic parts, I like communicating with people, and I like to develop business plans. And I love working in the game business!

In my spare time I try to attend game jams to get my creative mo-jo flowing. I like to create oddball games with weird characters and humour if possible. One game I worked on was Every Day is the Same Until There is a Bear in the Shower. This was a game for the HTC Vive and you get to do everyday tasks, like cleaning your desk or flipping pancakes. But then you suddenly are in the bathroom and there’s a bear taking a shower and you need to give him a piece of soap. Another game I was part of is a local cooperative game where you use coloured glasses as to not see the other player and you have to communicate orally to be able to execute the challenge.

I also arrange game jams where I make board games with my fiancé. We arrange them at libraries, and it is quite popular with both children and adults! Great way to test game mechanics for digital games, and board games are awesome as stand-alone experiences.

I don’t really enjoy FPS because I don’t have patience to get good at them, but I really enjoyed Battlefield: Bad Company 2. They had made the shooting system easy enough to enjoy for casuals. Kudos for that.

Talking about stories, I have this repeating dream of a world with dinosaur pirates and maybe one day I’ll get to work on it.

HL Final Thought: Hahaha! I can’t stop giggling about the showering bear. You have a brilliant mind and creativity. I’d love to play a game you personally wrote and conceptualized.

HL: What’s a question you guys would like to be asked, but never have been? Go ahead and ask yourself that question now and answer it.

KB: “What would your profession be if video games didn’t exist?”

The others sadly didn’t find time to answer. We’re in a crunch at the moment so one has to be extra kind with them.

Two other questions we would like to be asked but don’t have the time to answer right now: “If you could go back in time and change the most influential decision that lead you to where you are today (in the games industry), would you? What event would that be?” and “Who has been the biggest influence and inspiration in your life?”

HL Final Thought: And that project that has them in a crunch, I believe, is the upcoming Mosaic:

HL: At HL, we love getting weird. Anything bizarre, random, or off-topic you or anyone on the team would like to share?

KB: Hm. So, when you have worked on something for a long time, imagine the same project for three plus years, some people need to get creative in different ways. And often way before this. What we use to do is use the assets of the game to create horrible, or just hilarious things. Unfortunately I was not allowed to share any. But imagine animated faces created into monsters, freaky physics happening, and a lot of weird animations set to Christmas music.

HL Final Thought: Assuming you guys recorded some of the best moments of that magic, if you ever decide to leak the video, I’ll be happy to share it.

How to reach out to Krillbite:

Other links of interest about Krillbite: