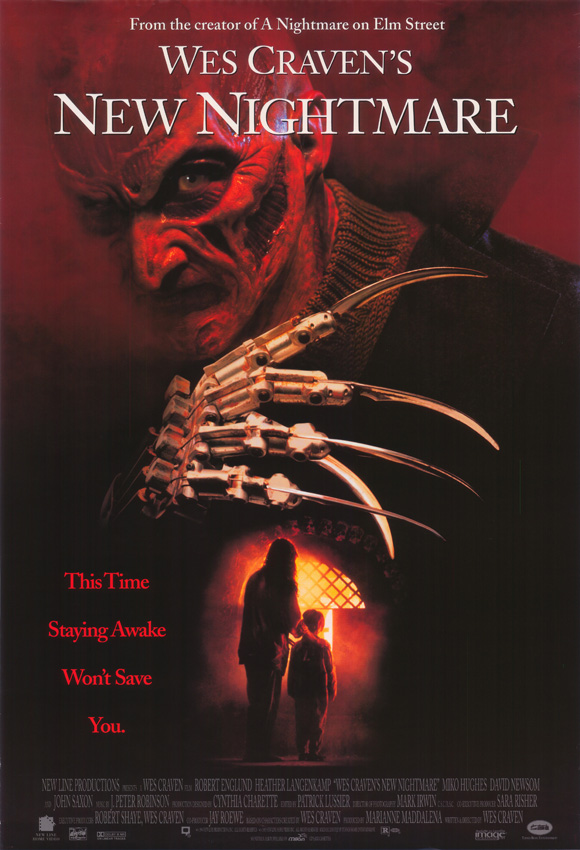 When it comes to horror fans, you’re either a Freddy guy or you’re a Jason guy, and I’ve always been more of a Freddy guy.

My love affair with Freddy began in my early formative years, and I have many fond memories of renting, watching, returning and then quickly re-renting and re-watching A Nightmare on Elm Street and the many sequels that came out while I was growing up.

Though I’d be lying if I said I remember my first viewing of New Nightmare, Wes Craven’s return to the franchise that he created a decade prior – which came out when I was just eight years old – I do distinctly remember not being a huge fan of the movie, as a kid. Quite frankly, I didn’t even put it in the same league as sequels like Dream Warriors and Dream Master.

While I was still drawn to the film, if only because Freddy was in it, New Nightmare just simply didn’t feel like a true Elm Street sequel, at least not to a kid who absolutely loved the Elm Street sequels. Freddy’s makeup was totally different, he was rocking leather pants and his glove wasn’t so much a glove as it was a demonic hand… what the what?! That aint Freddy!

And then there was that whole thing about it being an Elm Street movie that’s about the Elm Street movies, with the stars of them playing themselves in it. If they didn’t lose me with the leather pants and trench coat, they totally lost me with that whole concept. It was way over my head and I just didn’t get it, and it would be many years before I finally did.

Ya see, what I’ve realized as I’ve gotten older, and matured into a more intelligent Freddy fanboy, is that New Nightmare wasn’t made for a 12 year old Fred Head. Unlike the other sequels, which were fun and cartoony, Wes Craven’s bold new twist on the subject matter was aimed squarely at a more mature, adult audience. And now that I’ve grown up to be one of those adult horror fans, I not only get it, but I also appreciate it. And yea, I totally feel comfortable hurling the ‘L’ word toward it.

Take that, childhood self.

Looking back, it’s everything that made me dislike New Nightmare as a kid that makes it such an interesting movie, namely the fact that it’s not just another Nightmare on Elm Street sequel, about Freddy returning to slice up more sleeping teens. As big of a fan as I am of the series, that had already been done six times by both Craven and various other filmmakers, and there’s a whole lot of truth to the statement about too much of a good thing not always being a good thing.

When I was a kid I would’ve loved nothing more than for New Nightmare to be just another sequel, but nowadays, I really appreciate the fact that Craven took the whole franchise down such an interesting road. Though he easily could’ve made a killing at the box office by phoning it in, so to speak, and just going through the motions he already went through in ’84, he instead decided to really try for something completely different. I don’t know about you, but I think that’s pretty awesome, and should be applauded whether you were a fan of the end result or not. 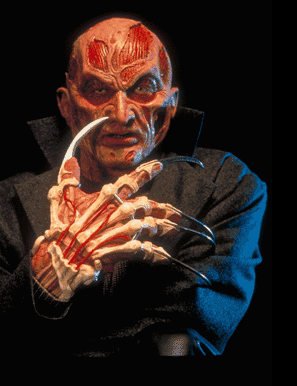 Not only was the concept for New Nightmare brilliant but it was also way ahead of its time, predating Craven’s own Scream by a full two years. Though Scream is oftentimes the film credited for kick-starting the self-referential sub-genre of horror, it was New Nightmare that did just that well before Ghostface came around. Hell, I’d wager to guess that without New Nightmare, there never would’ve been a Scream. While the whole meta thing may have worked a bit better for Scream than it did New Nightmare, the film nevertheless serves as an interesting little glimpse into the creepy phone calls and self-referential thrills and chills that Scream would soon provide, which makes it a really interesting movie to watch back nowadays.

The Nightmare on Elm Street movies were always about a fantasy character trying to cross over into the real world, and Craven’s ‘movie come to life’ take on the concept is quite frankly a genius expansion on that original idea that proved so effective in the ’80s. With the aptly titled New Nightmare, he not only managed to make Freddy scary again but also got one more really great story out of the character, thereby ending the franchise on a suitably effective and fitting note. Who knows where the franchise would’ve gone had Craven not returned to hammer a big ole nail into the coffin, and looking back, I must admit that I’m glad he did just that.

Of course, not even he was capable of preventing that awful remake, but that’s a different story for a different day…

It’s funny because it’s likely that if I had watched all of the Elm Street movies as an adult, for the very first time, New Nightmare would’ve probably ranked up there with the original as one of my favorites of the bunch. While the goofier sequels appealed more to me as a kid, and are still a blast to this day, it’s New Nightmare that’s one of the real gems of the franchise, and dare I say the smartest and most well made installment since the original. It may not be the most fun, but we must remember that silly fun was never Craven’s original intention for the Freddy character.

New Nightmare is, at the end of the day, a real love letter to the fans and to the original Elm Street film, and I’m happy to say that I finally understand and appreciate that. Took me long enough, eh?!

So, are there any horror movies you watched as a kid, but didn’t appreciate until you got older? Comment below and let us know!