In the heart of the city stood a small library, tucked away between an abandoned convenience store and a grotto of trees predominantly used for smoking and drinking. While this library was very indistinct — a dilapidated building that housed the elderly who clung to dusty pages, and the young who sought out memories of their predecessors — inside lied awake something that only the most erratic of men would speak of, and only the most senile of elders would reminisce fondly about.

It began as an idea — rather, she did. Older buildings implanted thoughts like these into their patrons and tenants all the time. It was only natural for the collective ideas to manifest. The building would creak softly in the night and the halls would whisper in the day, and very soon, they took form. 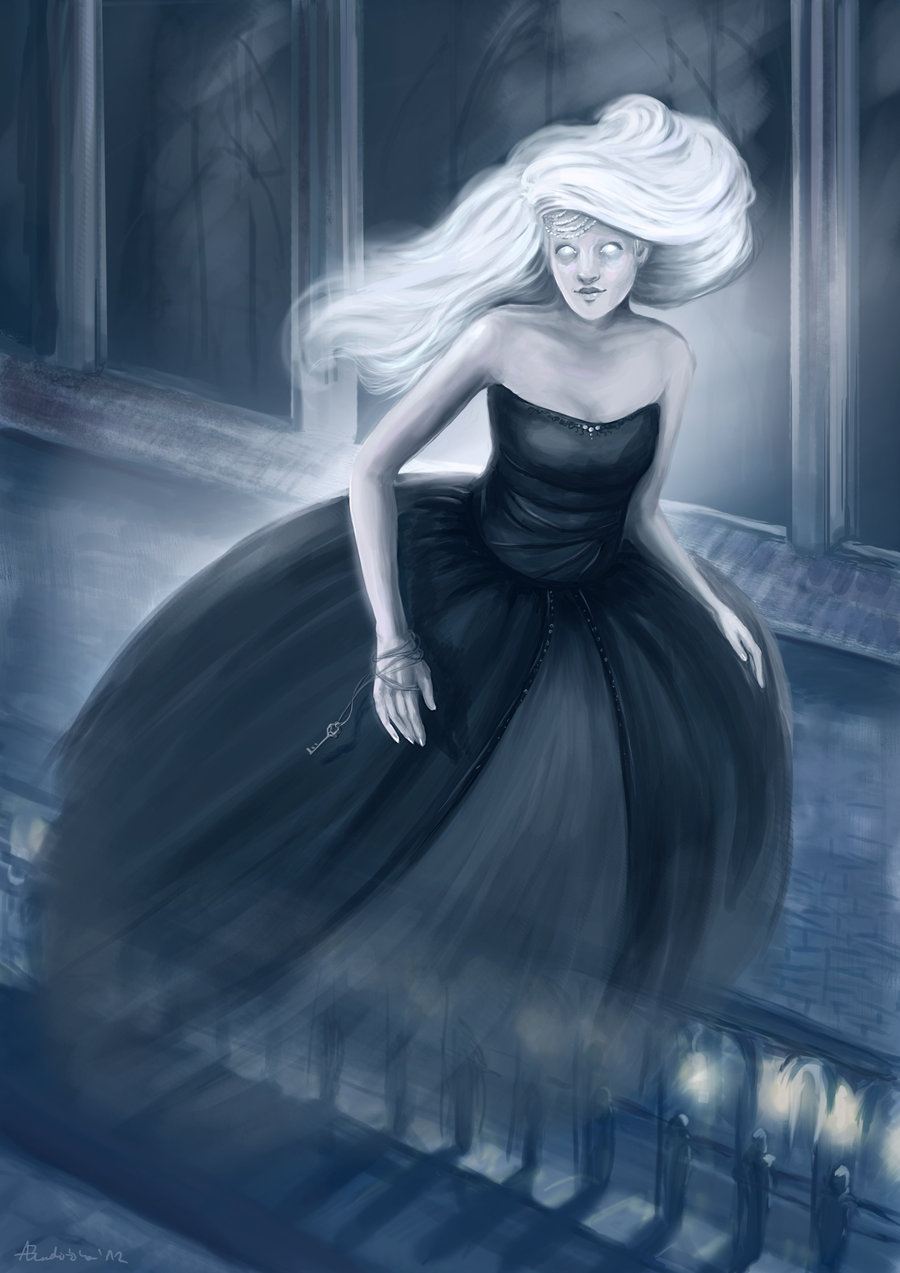 Spurred by the imaginations of many and the thoughts of more, she appeared. First, she was a few wisps in the wind, barely making out the shape of a young woman. Her gown grew long and lacy, her hair became pale and doll-like, and her face was sunken and sorrowful. The collective minds created her, shaping her frame into a petite form, and even going as far as tracing the fingerprints that graced her hands, which she delicately laid on the books she stroked with longing.

The collective ideas formed together to even give her a name and a story: Lady Loretta of London. No one fully understands how she made it to where she was, but most speculate she boarded a ship to the United States after a quarrel with a lover long-lost with time. Her death came slowly as she dwindled away within the walls of this archaic library.

From these minds a creature grew, and begun to live a life of her own. To this day, Lady Loretta roams the aisles of the library, lovingly brushing books with her hands and reminiscing on events that never occurred. Even now, she’s spotted almost nightly by maintenance workers and custodians, and during the days her sighs echo in the empty walkways and rustle pages in moth-bitten books.

Lady Loretta never questioned her existence. She never realized she was a fabrication of collective imaginations.