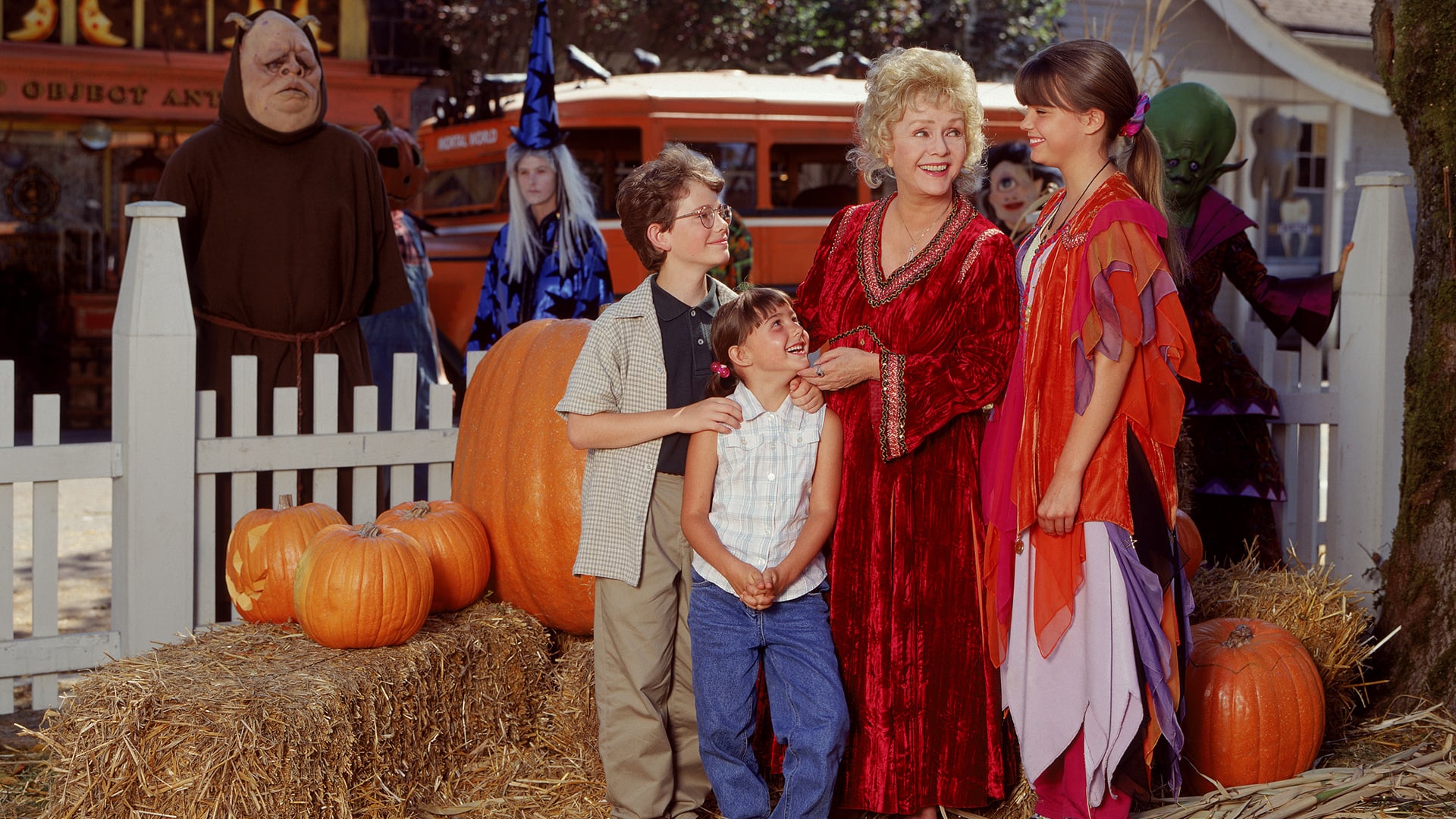 Not everyone likes to watch horror movies on Halloween. Some prefer gently spooky movies because they don’t want to sleep with the lights on later. Below we have listed some movies for those who don’t like the horror genre. While those who only like big fun and entertainment on Halloween should try slot games as they are simple, but greatly enjoyable.

Halloweentown‘s success owes a great deal to the amazing acting of Debbie Reynolds. The American actress played the role of a kindly witch named Aggie who does not get on well with her daughter Gwen because she believes Aggie is encouraging her grandchildren to enjoy Halloween. It happens that the three grandchildren follow Aggie to Halloweentown, a place where witches, vampires, and monsters, etc. live in peace, and that’s when they come to know of their new powers and use them to fight against evil forces. The movie first hit the screens in October 1998 and quickly gained huge popularity among ’90s kids. Seeing the popularity of the first installment, Disney decided to make three more sequels of it by 2006.

Young Frankenstein is a 1974 American comedy horror film which was directed by Mel Brooks and featured Gene Wilder in the main role. The story is about a doctor who is a descendant of the infamous Dr. Victor Frankenstein, however, he makes great efforts to distance himself from his elder relative. The main character goes to Transylvania to inspect his inherited castle and there he becomes involved in creepy experiments. Wilder’s acting will leave you in stitches and by the end of the film, you will be convinced that all horror movies should actually be comedies.

What We Do in the Shadows is a 2014 mockumentary that was written and directed by Jemaine Clement and Taika Waititi. The movie provided the basis for a series of the same name later. The story is about a few wacky vampires who experience different modern-day situations like roommate conflicts and nightclub dynamics, etc. while doing what all vampires do, kill. However, you won’t be able to stop laughing during the movie as some of its scenes are extremely funny. But we should warn you that the film features a lot of blood too.

The Phantom of the Opera is a British musical with music by the famous Andrew Lloyd Webber. It opened in London’s West End in 1986 and went on to garner record levels of success. However, Joel Schumacher’s 2004 film adaptation of the popular musical remained unappreciated by many people, even though the performances of Emmy Rossum and Patrick Wilson were nothing less than outstanding. We cannot exactly call it a ghost story, but there are many elements that make it feel like one, such as its eerie organic music and the secret passageways, etc.

Practical Magic is an American romantic comedy film, which first hit the screens in October 1998. It was directed by Griffin Dunne and starred Sandra Bullock and Nicole Kidman in the lead roles. The story is about two spirited sister witches who carry a curse with them that their lovers are doomed to an untimely death. The two sisters must find a way to fight this family curse and other supernatural forces that want to harm them. In this movie, Aidan Quinn is playing the role of a dashing, steely-eyed investigator. Practical Magic is considered a cult-classic film. Although it was a box-office flop at that time, plus it also received poor reviews from critics.