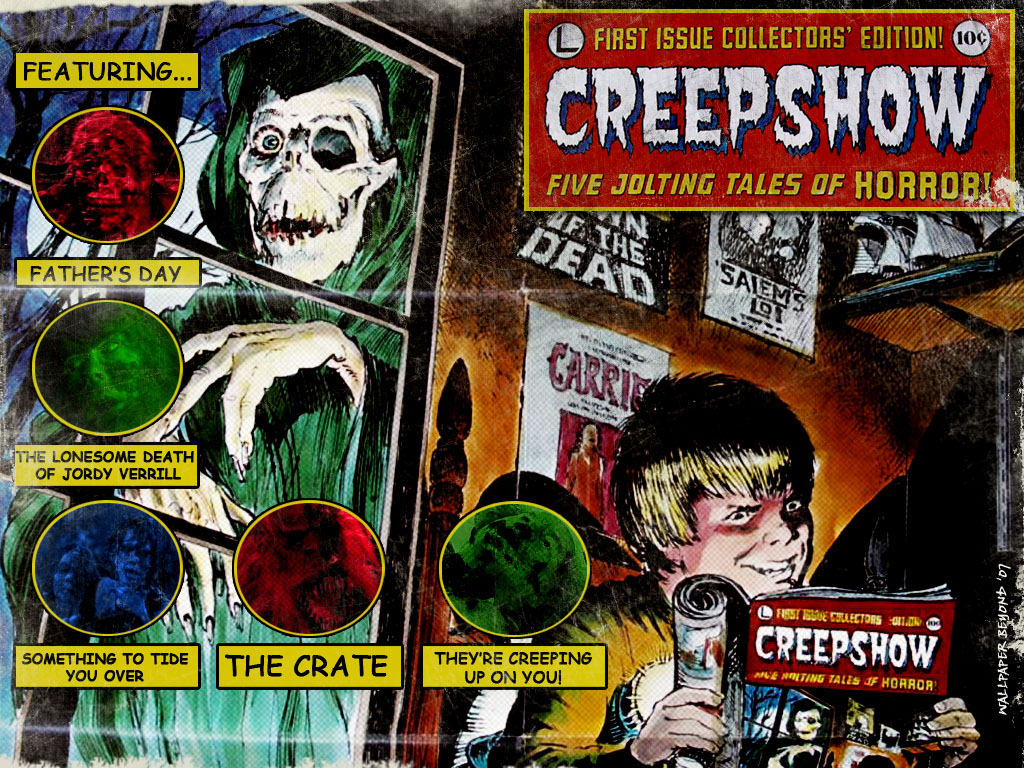 Creepshow, in my opinion, is the best horror anthology of all time.

The Creepshow anthology runs much longer than just that of the original film and its sequel. In fact, it spans nearly a decade excluding the third film, which should be woefully neglected as it was just awful and not seemingly an official release in the anthology.

In order of release:

Total span of the anthology from 1982 – 1991, 9 years. That makes it the longest running purely horror, purely segmented story anthology.

But wait a minute, they’re not all called Creepshow? Semantics.

And I’m sure the list could go on and on about similarities of special effects, filming, sound crew, etc. The point in simple terms, it’s the same team, same tone throughout, and ultimately, as a collection, the Creepshow anthology, just canceled and picked up again and again under different names and mediums.

At least that’s how I feel about all these pieces collectively and enjoy them. Even if you do not agree, but are a horror fan, I hope you check them all out and enjoy separately even if you do not feel they are strongly connected.

Until next time, try to enjoy the daylight…